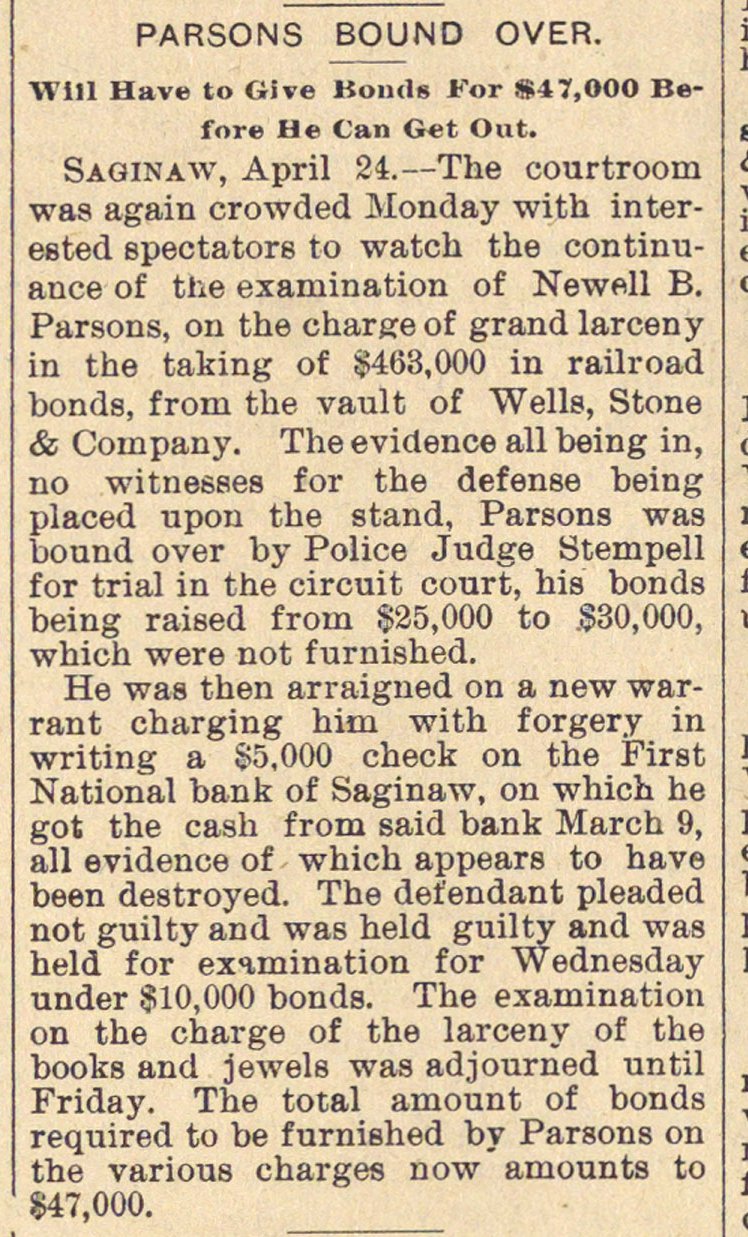 Saginaw, April 24. - The courtroom was again crowded Monday with interested spectators to watch the continuance of the examination of Newell B. Parsons, on the charge of grand larceny in the taking of 463,000 in railroad bonds, from the vault of Wells, Stone & Coinpany. The evidence all being in, no witnesses for the defense being placed upon the stand, Parsons was bound over by Pólice Judge Stempell for trial in the circuit court, his bonds being raised froin 25,000 to 30,000, which were not furnished. He was then arraigned on a new warrant charging him with forgery in writing a 5,000 check on the First National bank of Saginaw, on which he got the cash from said bank March 9, all evidence of which appears to have been destroyed. The defendant pleaded not guilty and was held guilty and was held for examination for Wednesday under 510,000 bonds. The examination on the charge of the larceny of the books and jewels was adjourned until Friday. The total amount of bonds required to be furnished by Parsons on the various charges now amounts to 847.000.