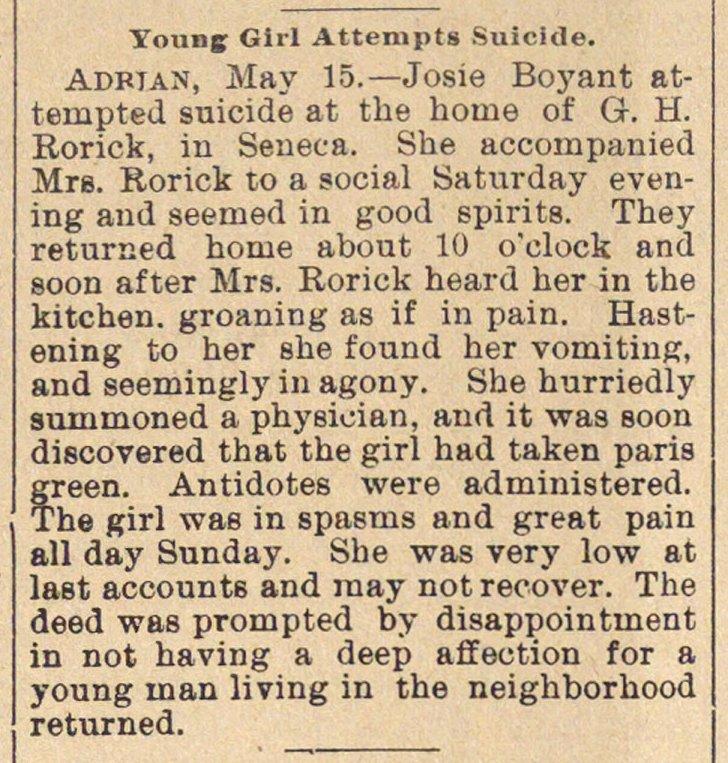 Adrián, May 15.- Josie Boyant attempted suicide at the houie of G. H. Rorick, in Séneca. She accompanied Mra. Rorick to a social Saturday evening and seerned in good spirits. They returned home about 10 o'elock and soon after Mrs. Rorick heard her in the kitchen. groaning as if in pain. Hastening to her she found her vomitina, and seemingly in agony. She hurriedly suinmoned a physician, and it was soon discovered that the girl had taken paris f reen. Antidotes were administered. he girl was in spasnis and great pain all day Sunday. She was very low at last accounts and may not recover. The deed was prompted by disappointinent in not having a deep affection for a young man living in the neighborhood returned.