Will Try To Regain Lost Property 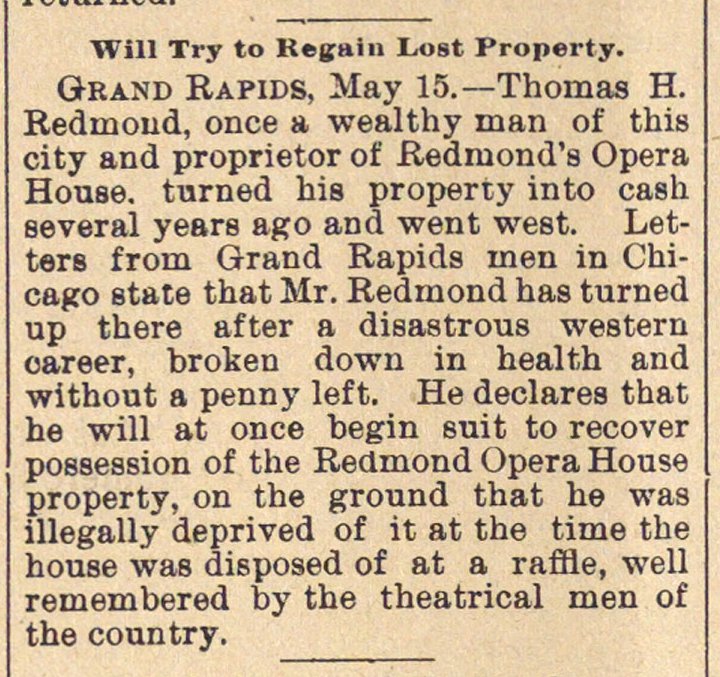 Grand Rapids, May 15.- Thomas H. Reduiond, once a wealthy man of this city and proprietor of Redruond's Opera House, turned his property into cash several years ago and went west. Letters from Grand Rapids inen in Chicago state that Mr. Redmond has turned up there after a disastrous western career, broken down in health and without a penny left. He declares that he wül at once begin suit to recover possession of the Redmond Opera House property, on the ground that he was illegally deprived of it at the time the house was disposed of at a raffle, well remembered by the theatrical men of the country.