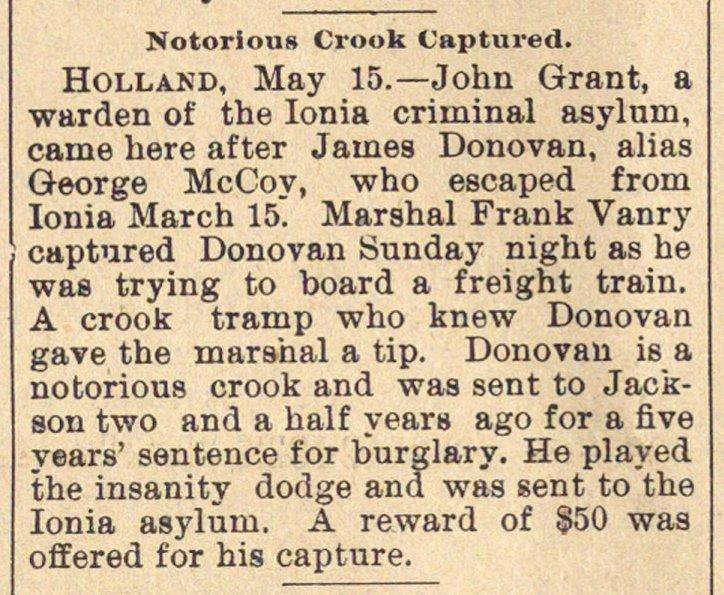 Holland, May 15.- John Grant, a warden of the Ionia criminal asyluin, carne here after James Donovan, alias George McCoy, who escaped from Ionia March 15" Marshal Frank Vanry captured Donovan Sunday night as he was trying to board a freight train. A crook tramp who knew Donovan gave the marshal a tip. Donovan is a notorious crook and was sent to Jackson two and a half years ago for a five vears' sentence for burglary. He played the insanity dodge and was sent to the Ionia asylüni. A reward of $50 was offered for nis capture.