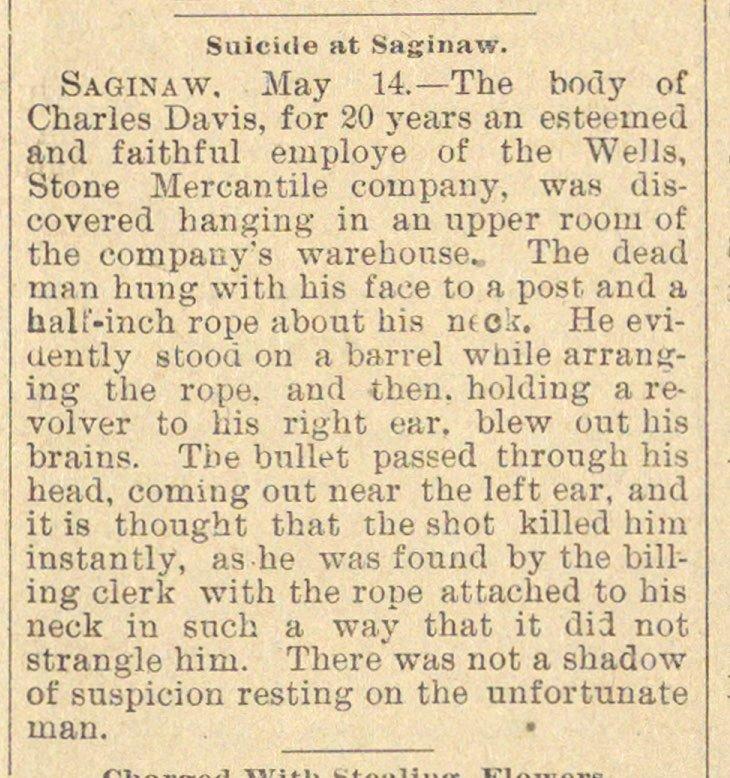 Saginaw. May 14- The bod}' of Charles Davis, for 20 years an entëemed and faithful employé of the WeJls, Stone Mercantile coinpany. was discovered hanging in au upper room of the company's warehouse., The dead man hung with his face to a post and a half-inch rope about his mok. He eviüently stood on a barrel while arranginf; the rope. and the, holding a revolver to his right ear. blew out his brains. The bullet passed throngh his head, coming out near the left ear, and it is thought that the shot killed him instantly, ashe was f ound by the billing clerk with the rope attached to his neck in snch a way that it did not strangle hirn. There was not a shadow of suspicion resting on the unfortuuate man. .