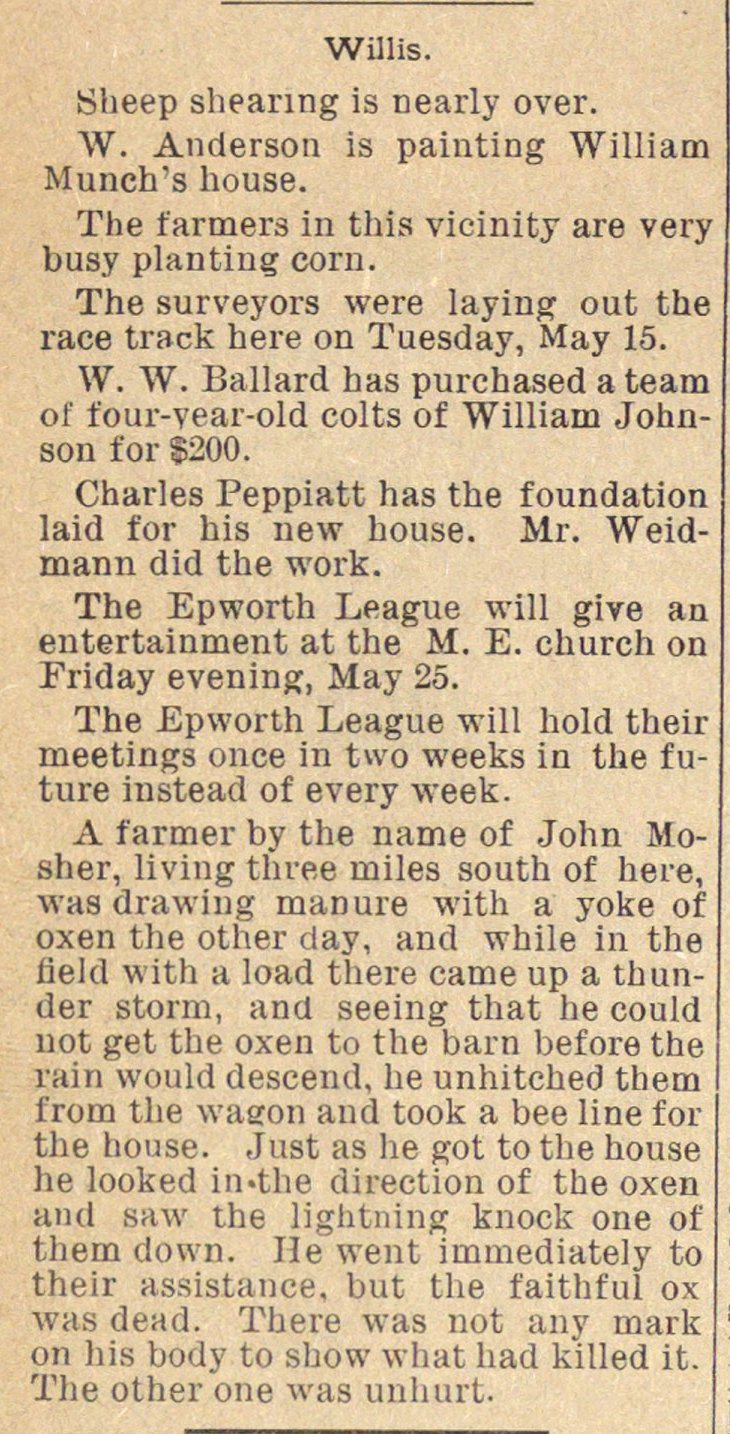 Sheep shearing is nearly over. W. Anderson is painting William MunctTs house. The farmers in this vicinity are very busy planting corn. The surveyors were laying out the race track here on Tuesday, May 15. W. W. Ballard has purchased a team of four-vear-old colts of William Johnson tor S200. Charles Peppiatt has the foundation laid for his new house. Mr. Weidmann did the work. The Epworth League will give an entertainment at the M. E. church on Friday evening, May 25. The Epworth League will hold their meetings once in two weeks in the future instead of every week. A farmer by the name of John Mosher, living three miles south of here, was drawing manure with a yoke of oxen the other day, and while in the field with a load there carne up a thunder storm, and seeing that he could not get the oxen to the barn before the rain would descerní, he unhitehed them from the waeon and took a bee line for the house. Just as lie got to the house he looked in.the direetion of the oxen and saw the lightning knock one of them down. He went immediately to their assistance, but the faithful ox was dead. There was not any mark on his body to show what had killed it. The other one was unhurt.