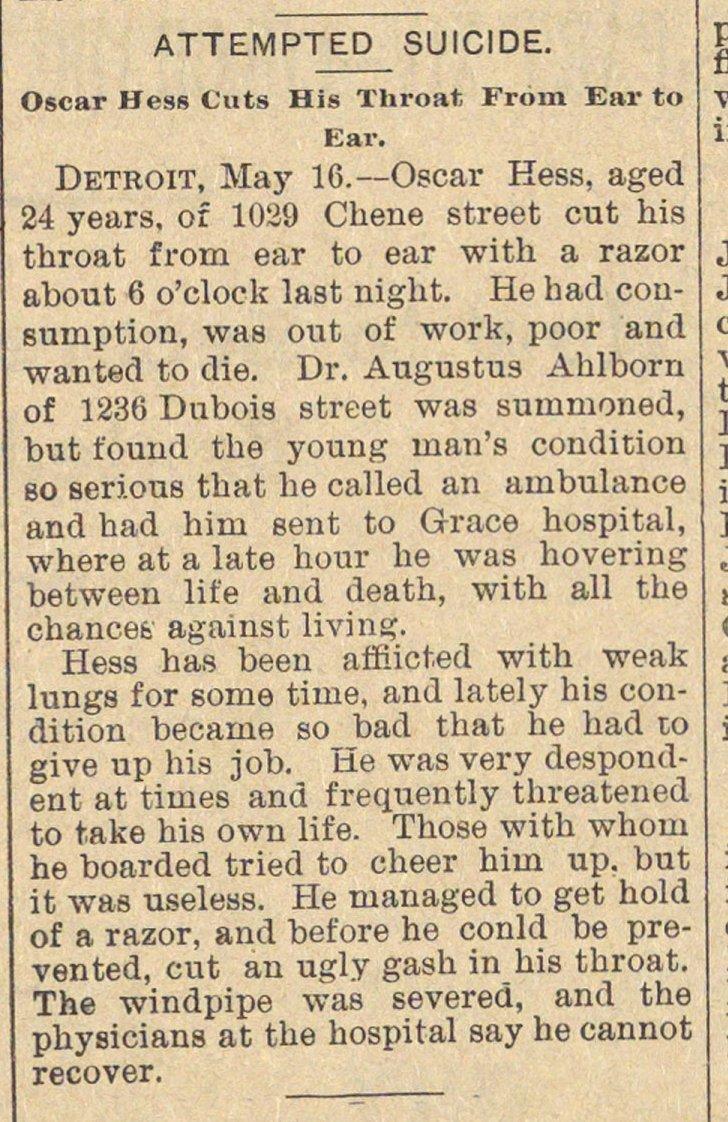 Detroit, May 16.- Oscar Hess, aged 24 years. of 1029 Chene street cut his throat f rom ear to ear with a razor about 6 o'clock last night. He had consuinption, was out of work, poor and wanted to die. Dr. Augustus Ahlborn of 1236 Dubois street was summoned, but fouud the young inan's condition 80 serious that he oalled an ambulance and had him sent to Grace hospital, where at a late hour he was hovering between lite and death, with all the chanceb against living. Hess has been affiioted with weak lungs for some time, and lately his condition becaina so bad that he had 10 give up his job. He was very despondent at times and frequently threatened to take his own life. Those with whoui he boarded tried to cheer him up. but it was useless. He managed to get hold of a razor, and before he conld be prevented, cut an ugly gash in his throat. The windpipe was severed, and the physicians at the hospital say he cannot recover.