Went By The Laudanum Route 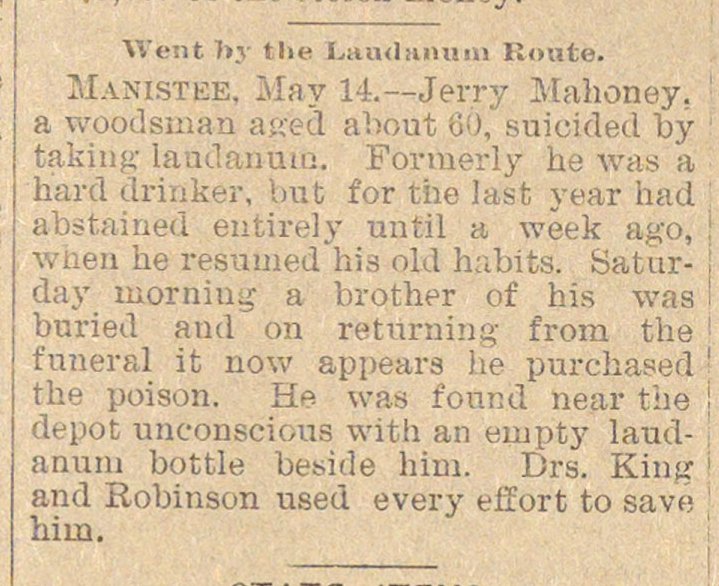 Manistee, Mny 14.- Jerry Mahoney. a woodsman asced about 60, suicided by taking laudanum. Fovmerl}' he was a hard drinker, but for the lust year had abstained entirely until a, week ago, i he resumed his old habits. Saturday morniii_r a brother of his was buried and on rettirning from the funeral it now appears he purchased the poison. He was found near the depot unconscious witli an erupty laudanuni bottle beside him. Drs. King and Robinson used every elïort to save him.