She Paid George Back 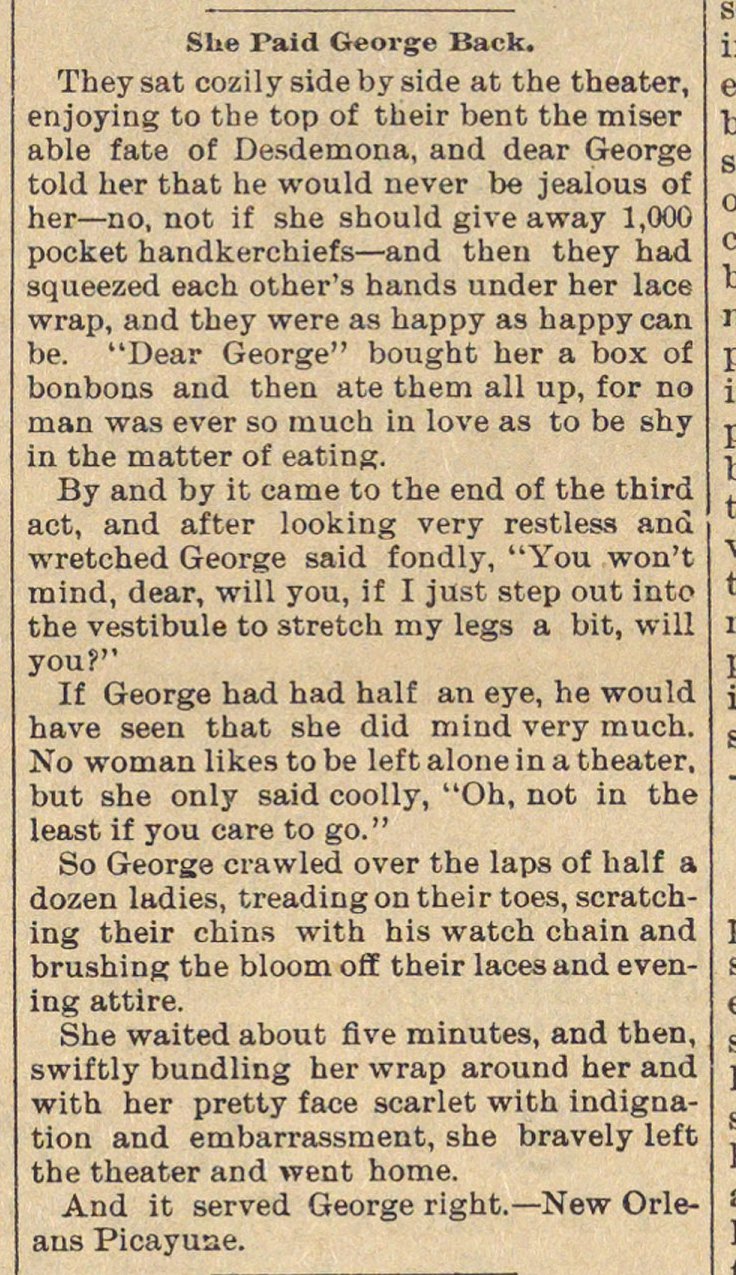 They sat cozily side by side at the theater, enjoying to tbe top of their bent the miser able fate of Desdemona, and dear George told her that he would never be jealous of her - no, not if she should give away 1,000 pocket handkerchiefs - and then they had squeezed each other's hands under her lace wrap, and they were as happy as happy can be. "üear George" bought her a box of bonbons and then ate them all up, for no man was ever so mueu in love as to be shy in the matter of eating. By and by it carne to the end of the third act, and after looking very restless and wretched George said fondly, "You won't mind, dear, will you, if I just step out into the vestibule to stretch my legs a bit, will you?" If George had had half an eye, he would have seen that she did mind very much. Xo woman likes to be lef t alone in a theater, but she only said coolly, "Oh, not in the least if you care to go." So George crawled over the laps of half a dozen ladies, treading on their toes, scratching their chins with his watch chain and brushing the bloom off their laces and evening attire. She waited about five minutes, and then, swiftly bundling her wrap around her and with her pretty face scarlet with indignation and embarrassment, she bravely left the theater and went home.