Is There Partiality Shown? 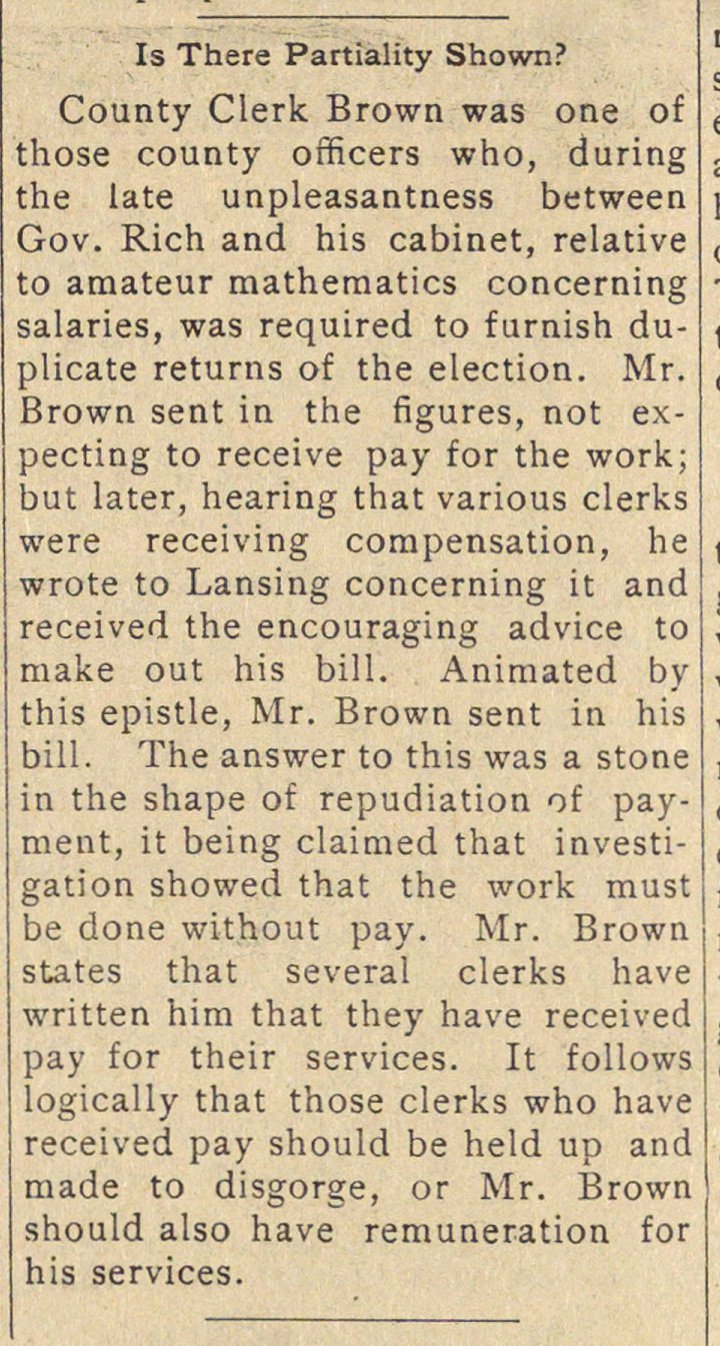 County Clerk Brown was one of those county officers who, during ïhe late unpleasantness between Gov. Rich and his cabinet, relative to amateur mathematics concerning salaries, was required to furnish duplícate returns of the election. Mr. Brown sent in the figures, not expecting to receive pay for the work; but later, hearing that various clerks were receiving compensation, he wrote to Lansing concerning it and received the encouraging advice to make out his bill. Animated by this epistle, Mr. Brown sent in his bill. The answer to this was a stone in the shape of repudiation of payment, it being claimed that investigation showed that the work must be done without pay. Mr. Brown states that several clerks have written him that they have received pay for their services. It follows logically that those clerks who have received pay should be held up and made to disgorge, or Mr. Brown should also have remuneration for his services.