It Puzzles The Argus 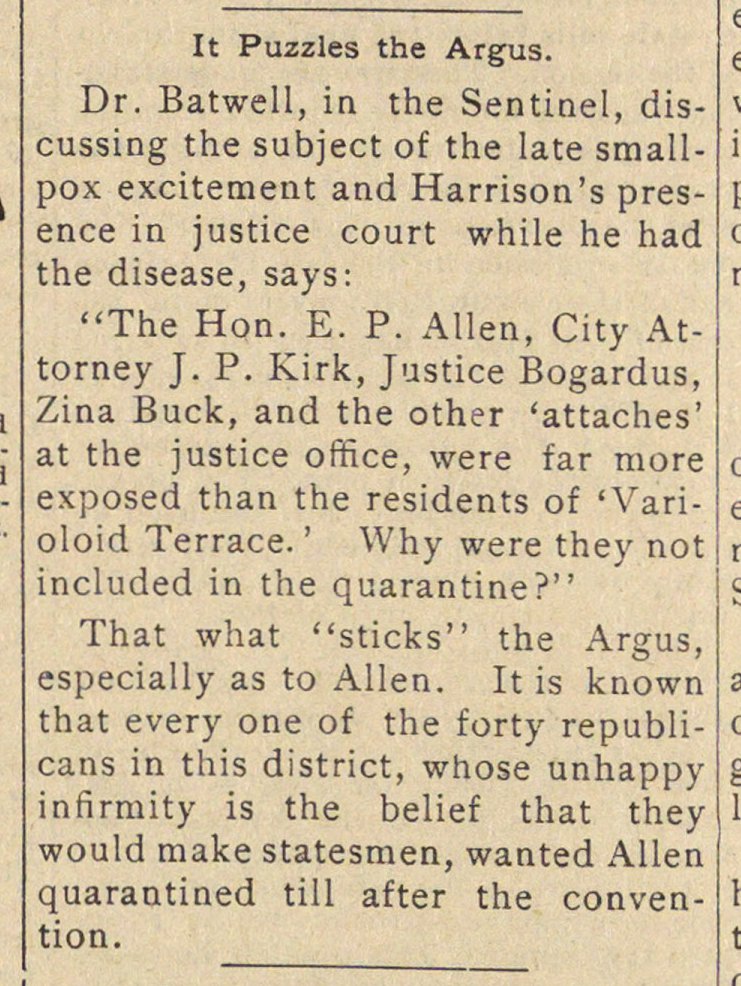 Dr. Batwell, in the Sentinel, discussing the subject of the late smallpox excitement and Harrison's presence in justice court while he had the disease, says: "The Hon. E. P. Allen, City Attorney J. P. Kirk, Justice Bogardus, Zina Buck, and the other 'attaches' at the justice office, were far more exposed than the residents of 'Varioloid Terrace. ' Why were they not included in the quarantine?" That what "sticks" the Argus, especially as to Allen. It is known that every one of the forty republicans in this district, whose unhappy infirmity is the belief that they would make statesmen, wanted Allen quarantined till after the convention.