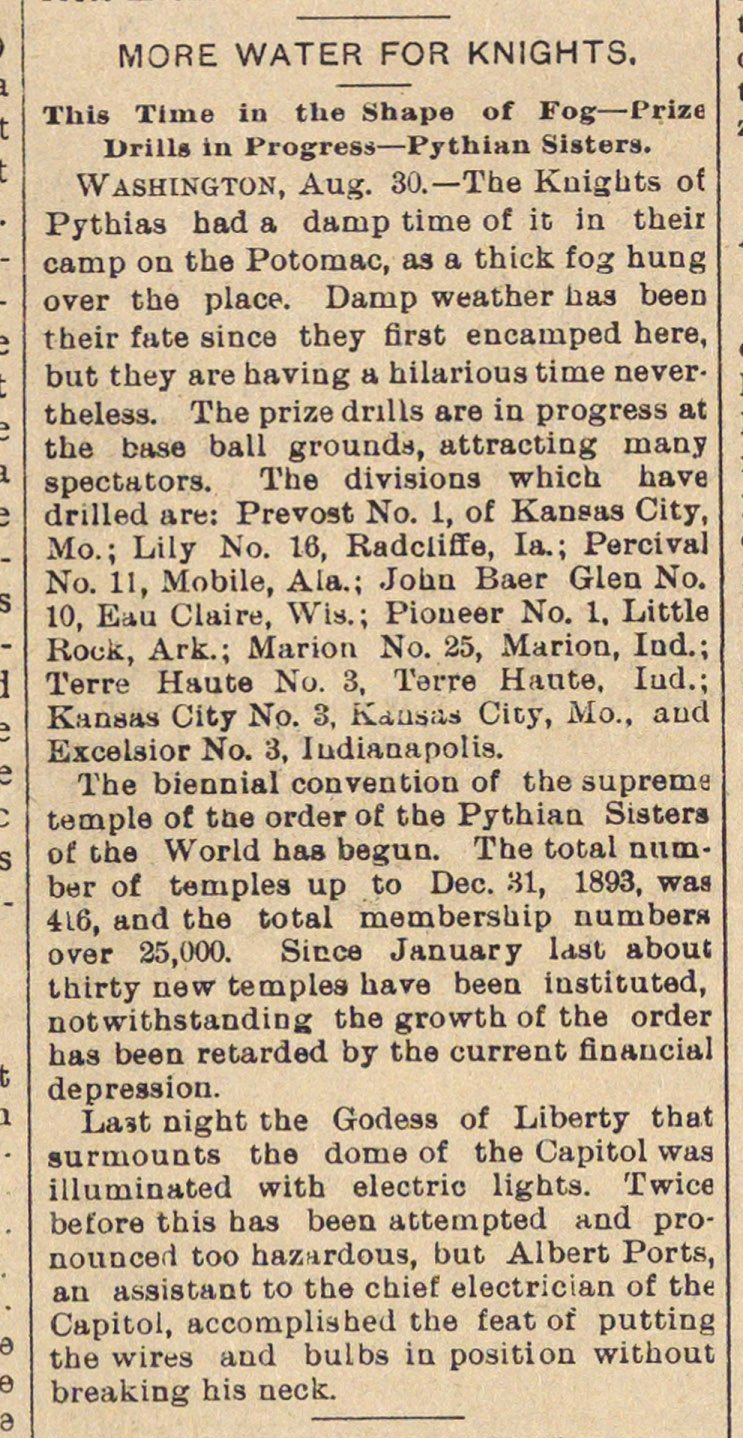 Washington, Aug. 30.- The Kuiguts ot Pythias had a damp time of it in theii camp on the Potomac, as a thick fog hung over the place. Damp weather has been their fute since they first encamped here, but they are haviug a hilarious time nevertheless. Xhe prize drills are in progress at the base ball grounda, attracting many spectators. The división which have dnlled are: Prevost No. 1, of Kansas City, Mo.; Lily No. 16, Radcliffe, la.; Percíval No. 11, Mobile, Ala.; John Baer Glen No. 10, Eau Claire, Wis.; Pioneer No. 1, Little Rock, Ark.; Marión No. 25, Marión, Iud.; Terre Haute No. 3, Terre Haute, Iud.; Kansas City No. 3, Kd.us.is City, Mo., and Excelsior No. 3, Iudianapolis. The biennial convention of the suprema temple of toe order of the Pythian Sisters of the World has begun. The total number of temples up to Dec. 81, 1893, was ■416, and the total membership numbers over 25,000. Sicce January last about thirty new temples have been iustituted, notwithstanding the growth of the order has been retarded by the current flnaucial depression. Last night the Godess of Liberty that surmounts the dome of the Capítol was illuminated with electric lights. Twice beíore this has been attempted and pronounceii too hazardous, but Albert Ports, au assistant to the chief electrician of the Capítol, accomplished the feat of putting the wires and bulbs in position without breaking his neck.