Searcey Is In A Cavity 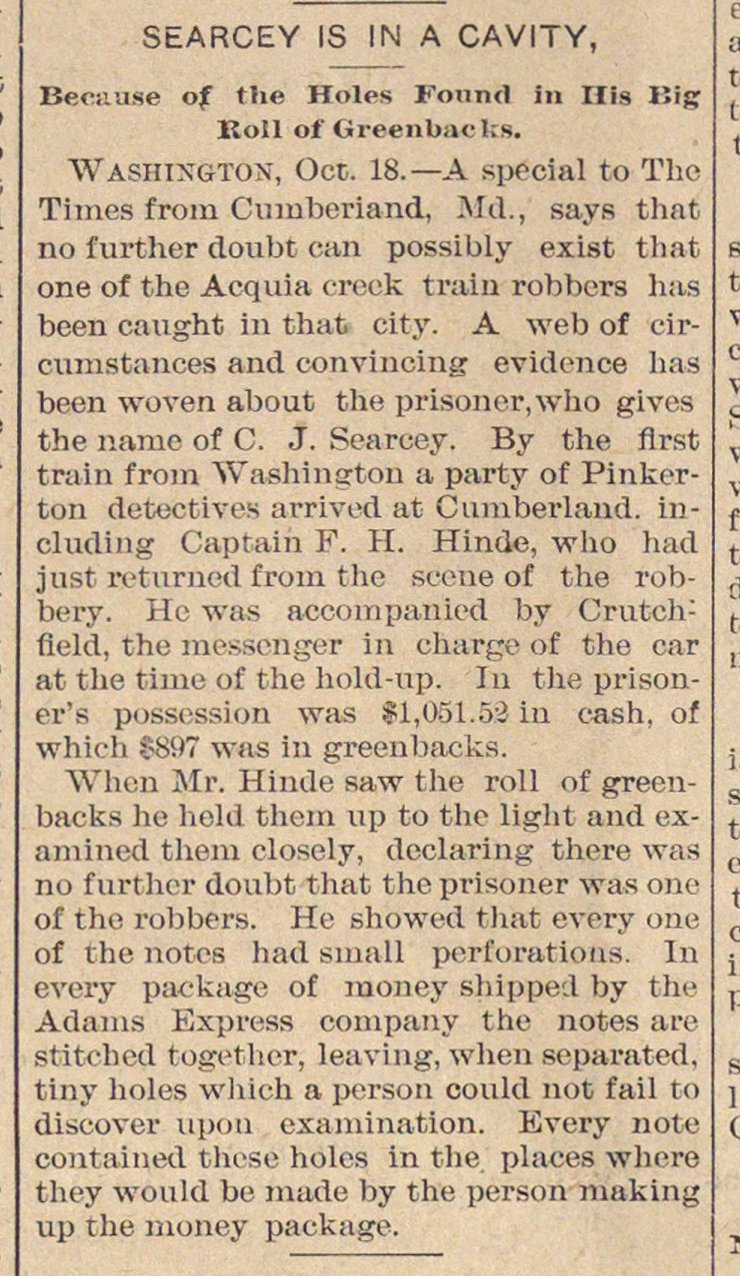 Washington, Oct. 18.- A spécial to ïhc Times from Cumberiand, Md., says that no further doubt can possibly exist that one oí the Acquia creek train robbers has been caught in that city. A web of circumstances and convincing evidence has been woven about the prisoner,who gives the name of C. J. Searoey. By the flrst train from Washington a party of Pinkerton detectives arrived at Cumberland. including Captain F. H. Hinde, who had jast neturned from the scène of the robbery. He was aocompanled by Crutch: field, the messenger in charge of the car at the time of the hold-up. In the prisoner's possession was $1, 051.5a in cash, of which $897 was In greenbacks. When 5tr. Hinde saw the roll of greenbacks he held thein up to the liglit and exarnined them closely, declaring there was no further doubt that the prisoner was one of the robbers. He shöwed that every one of the notes had sinall perforatloHs. In every package of money shipped by the Adams Express company the notes are stitched together, lea ving, when separated, tiny holes wlüch a person could not fail to discover upon examination. Every note contained these holes in the places whcre thcy would be made by the person niuking up the money package.