It Made Him Grunt 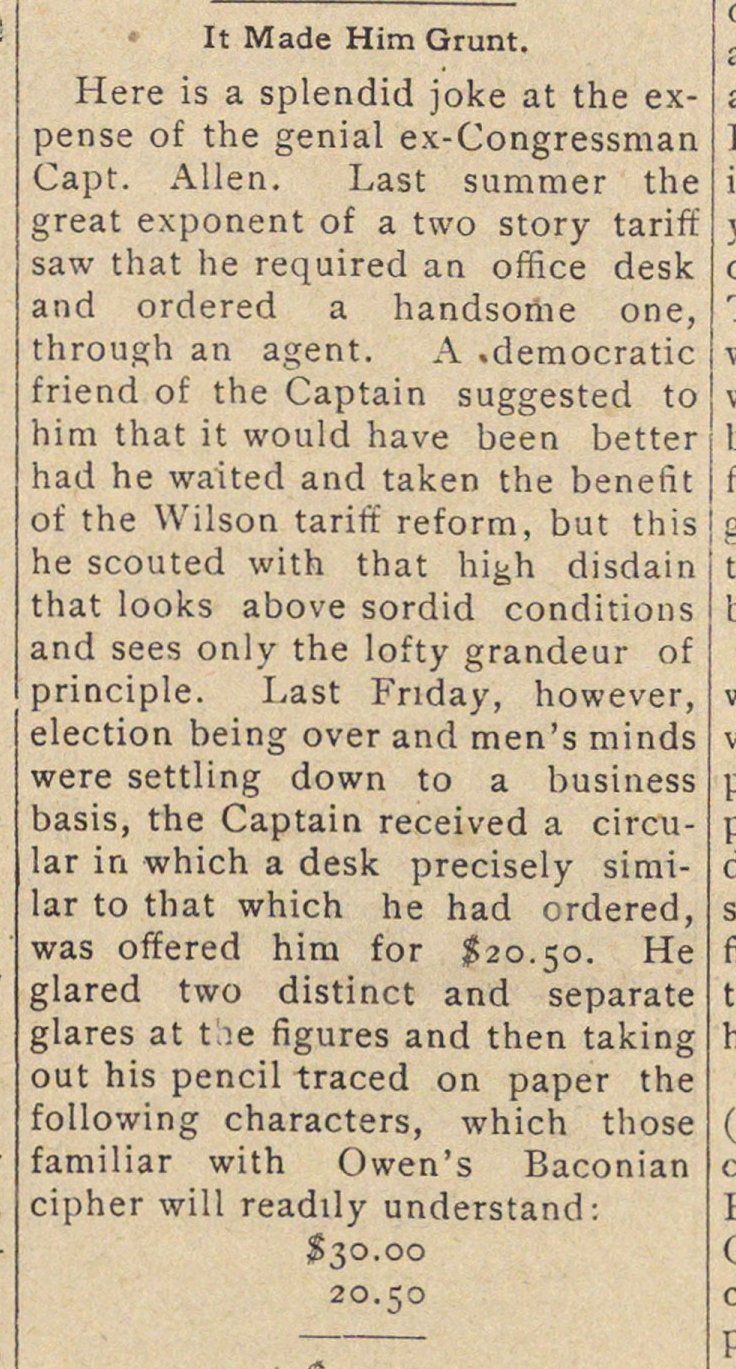 Here is a splendid joke at the expense of the genial ex-Congressman Gapt. Allen. Last summer the great exponent of a two story tariff saw that he required an office desk and ordered a handsome one, through an agent. A .democratie friend of the Captain suggested to him that it would have been better had he waited and taken the benefit of the Wilson tariff reform, but this he scouted with that high disdain that looks above sordid conditions and sees only the lofty grandeur of principie. Last Fnday, however, election being over and men's minds were settling down to a business basis, the Captain received a circular in which a desk precisely similar to that which he had ordered, was offered him for $20. 50. He glared two distinct and separate glares at the figures and then taking out his pencil traced on paper the following characters, which those familiar with Owen's Baconian cipher will readily understand: $30.00 20.50