A "fixed" Jury At Memphis 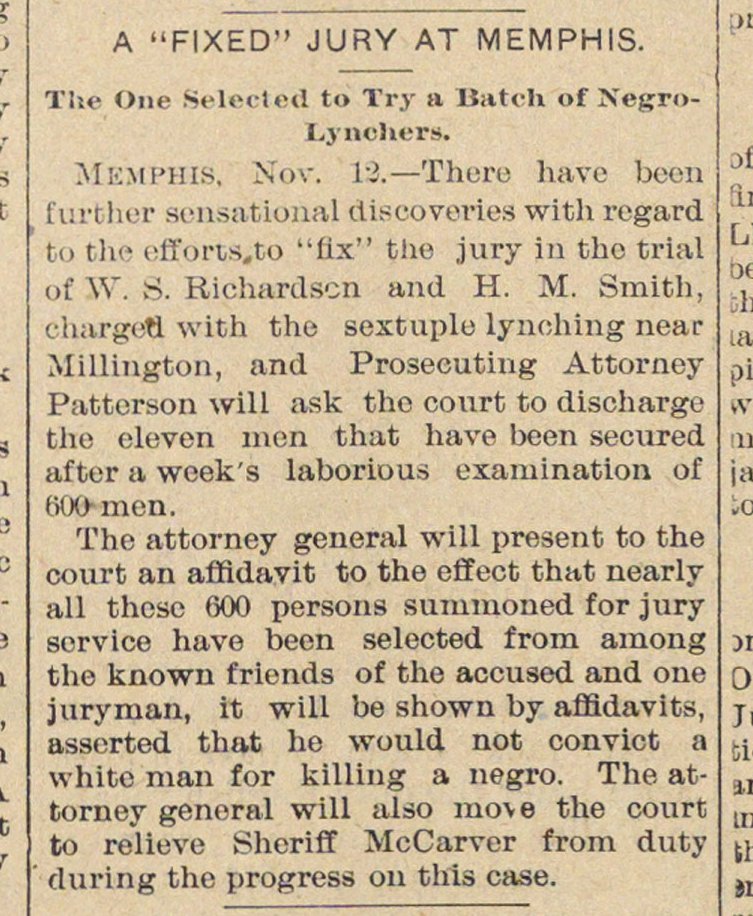 Mkmi'his. ,.. 13. - There have been turther sonsational discoverles with regard tn t)i" i'fl'oris.to "ñx" tlie jury in the trial of W. S. Rlchardscn and H. M. Smith, chargett with the séxtuplo lynehing near , Millington, and Prosecuting Attorney Patterson will ask tho court to discharge the eleven men that have been secured iifter a weeks laborious examination of fitx men. The attorney general will present to the court an affidavit to the effect that nearly all these 600 persons summoned for jury service have been selected from among the known friends of the accused and one juryman, it will be shown by affidavits, asserted that he would not convict a white man for killing a negro. The attorney general will also move the court to relieve Sheriff McCarver from duty during the progress on this case.