The Last Of The Cantinieres 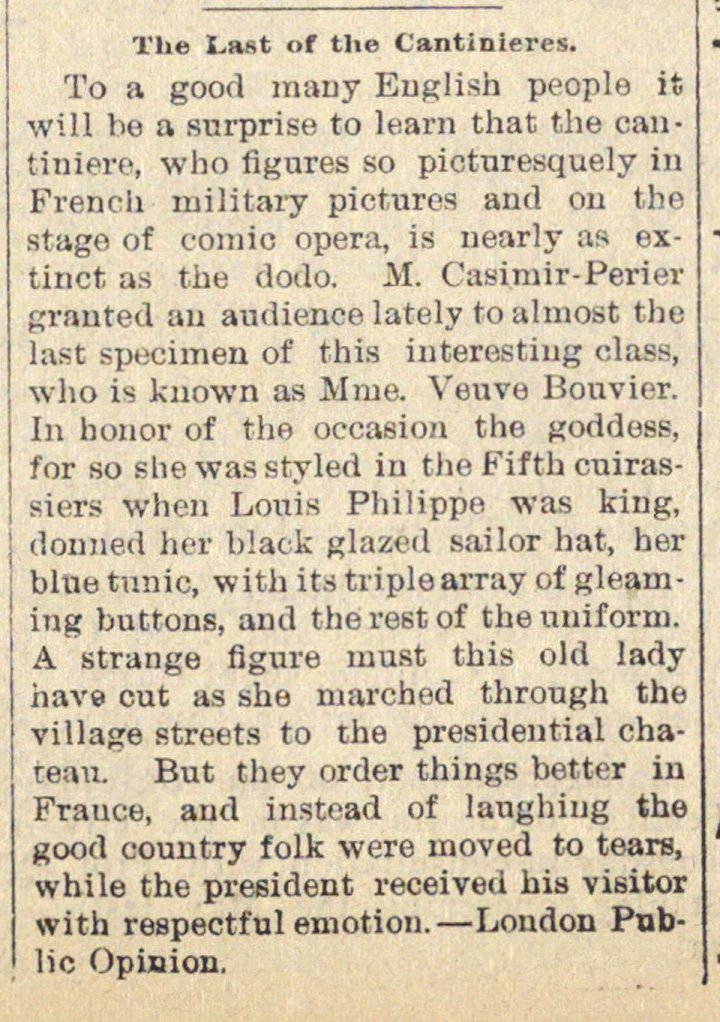 To a good ïiniiiy Euglish people is will be a surprise to learn that the cantiniere, who figures so picturesquely in Frencli military pictures and on the stage of comic opera, is nearly as extinct as the dodo. M. Casimir-Perier grönted au audience lately to almost the last specimen of this interesting class, who is known as Mme. Venve Bonvier. In honor of the occasion the goddess, for so ehewasstyled iu the Fif th cnirassiers when Louis Philippo was king, donned her black glazéd sailor bat, her blue tunic, with its triple array of gleaming buttons, and the rest of the uniform. A strange figure must this old lady have cut as she marched through the village streets to the presidential chateau. But they order things better in Frauce, and instead of laughing the good country folk were moved to tears, while the president received his visitor