Not Satisfied With Cleveland 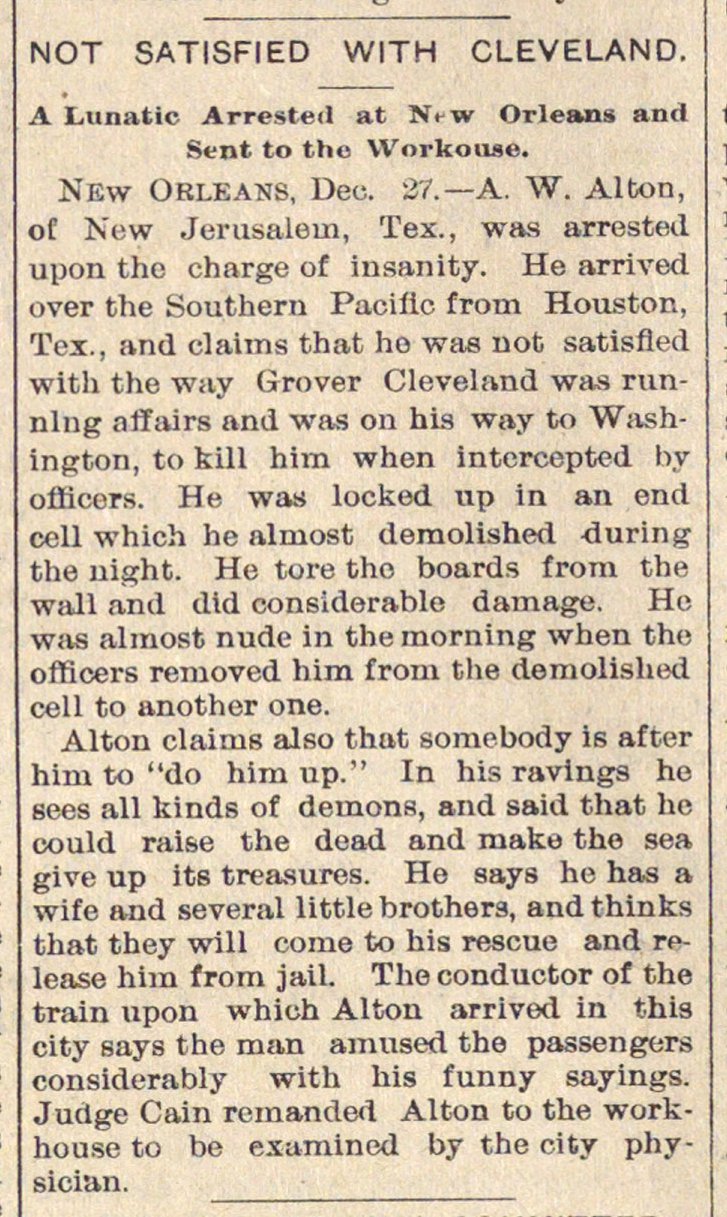 New Obleans, Deo. -21.- A. W. Alton, ot New Jerusaleui, Tex., was arresteil upon tho charge of insanity. He arrived over the Southern Paciiic from Houston, Tex., and claims that ho was nob satisfted with the Wiiy Grover Cleveland was running nffairs and was on his way to Washington, to kill him when intercopted by officers. He was locked up in an end ccll which he almost demolished during the night. He tore tho boards from the wall and did considerable damage. He was almost nude in themorning when the officers removed him trom the demolished cell to another one. Alton claims also thut somebody is after him to "do him up." In his ravings he sees all kinds of demons, and said that he could rai&e the dead and mako tho sea give up its treasures. He says he has a wife and several little brothers, andthinks that they will come to his rescue and rplease him from jail. Tho conductor of the train upon which Alton arrived in thls city says the man amused the passengers considerably with his funny sayings. Judge Cain remanded Alton to the workhouse to be examinod by the city physician.