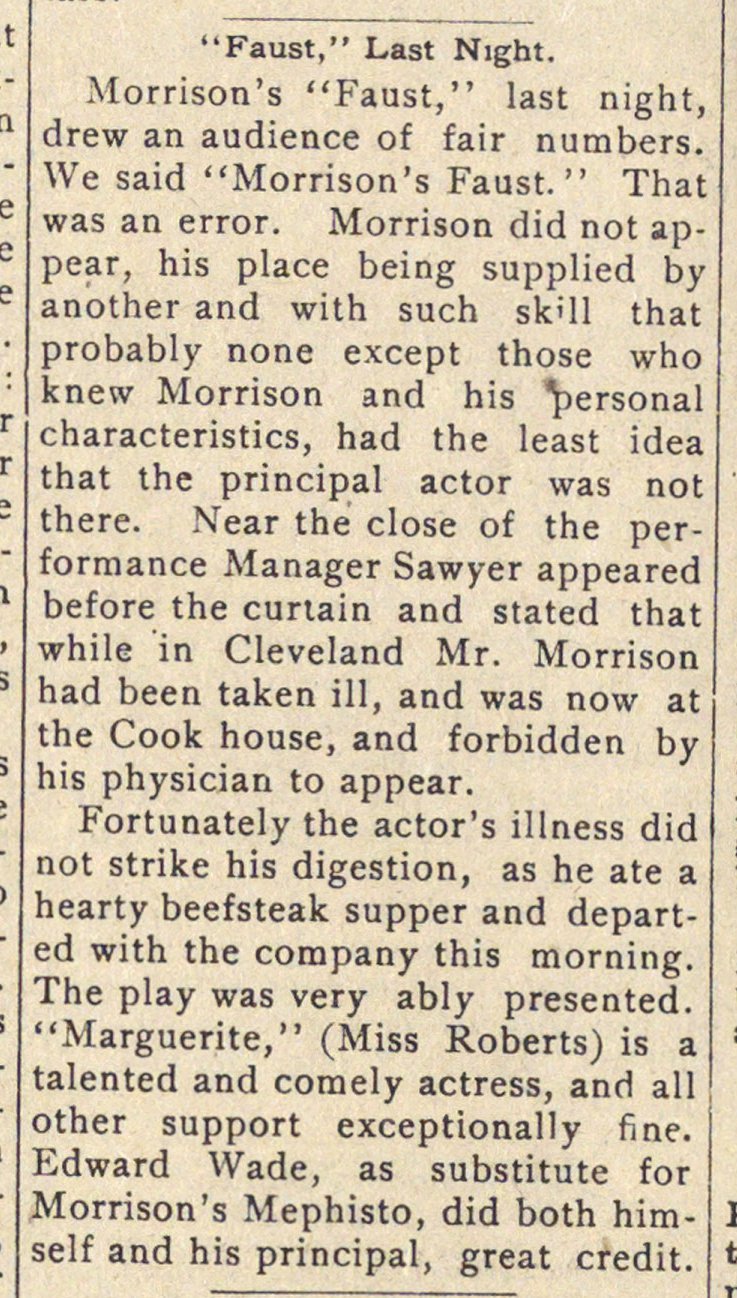 Momson's "Faust," last night, drew an audience of fair numbers. We said "Morrison's Faust." That was an error. Morrison did not appear, his place being supplied by another and with such sk'll that probably none e.xcept those who knew Morrison and his personal characteristics, had the least idea that the principal actor was not there. Near the close of the performance Manager Sawyer appeared before the curiain and stated that while in Cleveland Mr. Morrison had been taken ill, and was now at the Cook house, and forbidden by his phvsician to aDRear. Fortunately the actor's illness did not strike his digestión, as he ate a hearty beefsteak supper and departed with the company this morning. The play was very ably presented. "Marguerite," (Miss Roberts) is a talented and comely actress, and all other support exceptionally fine. Edward Wade, as substitute for Morrison's Mephisto, did both himself and his principal, great credit.