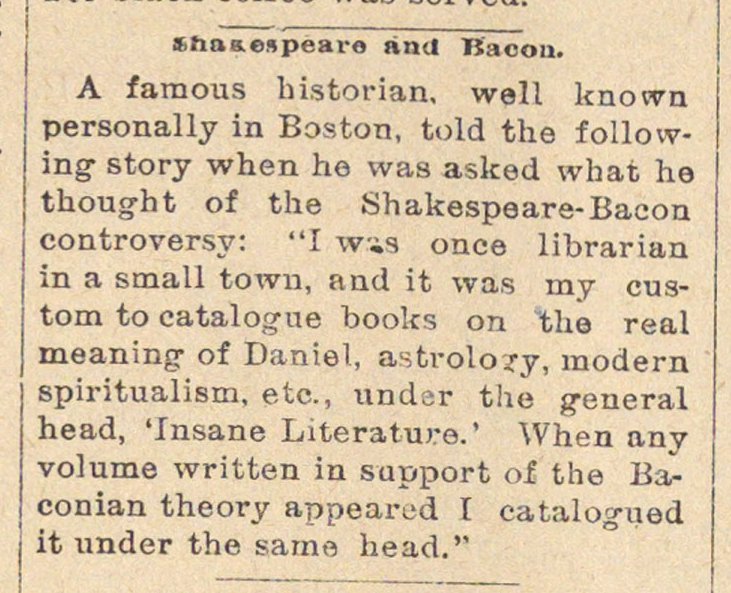 A famous historian, well knoivn personally in Bastón, told the folloiving- story when he was asked what he thought of the Bacon controversy: "I w-s once librarían in a small town, fiad it was my custom to catalogue boolcs on the real of Daniel, astroloyy, modern j spiritualism, etc., under the general head, 'ínsane Litera ture. ' When any volume written in support of the Baconian theory appeared I catalog-ned it under the samo head."