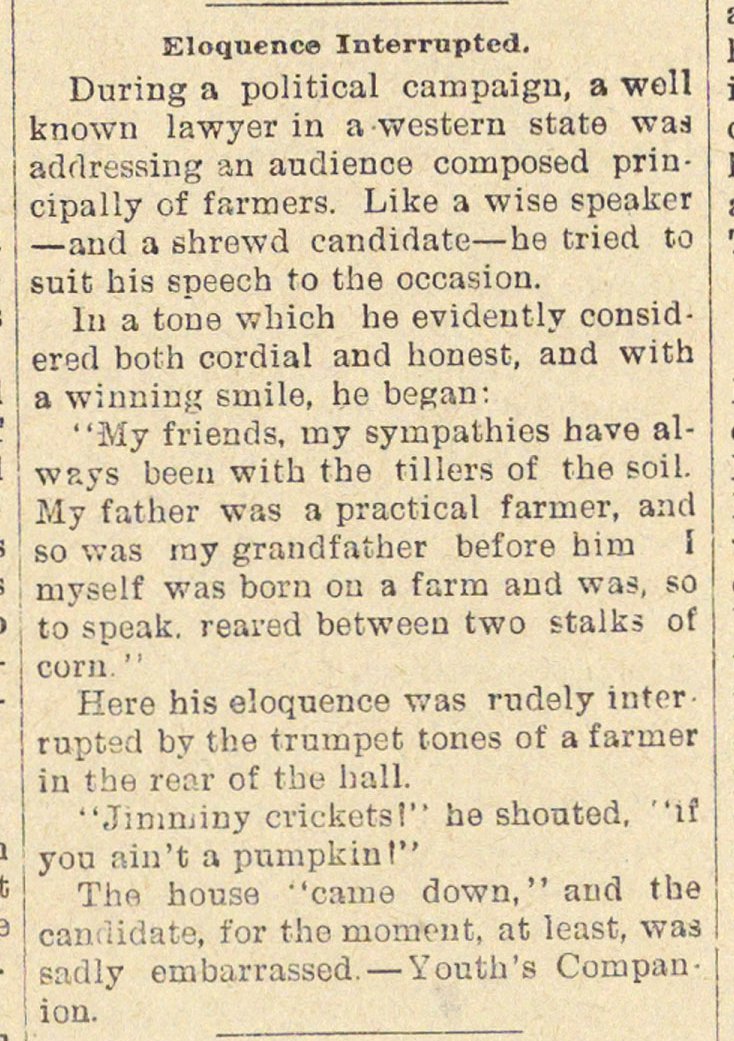 During a politioal campaign, a well j known lawyer in a western state was addressing an audienoe composed principally of farmers. Like a wise speaker - and a shrowd candidate - he tried to suit his speech to the occasion. In a tone vrhich he evideutly considered bolh cordial and honest, and with a winning smile, he began: "My friends, my sympathies have i wp.ys been with the til Iers of the soil. My father was a practical farmer, and j so was iny grandfather before him ! myself was bom ou a farm and was, so to speak. reared between two stalks of corn. " Here his eloquence was rudely ínteri rupted by the trumpet tones of a farmer in the rear of the hall. "Jiniminy cvickutsi" he shonted, "ïf : you íün't a pumpkin I" Thfi house "cama down, " and the candidate. for the moment, at least, was