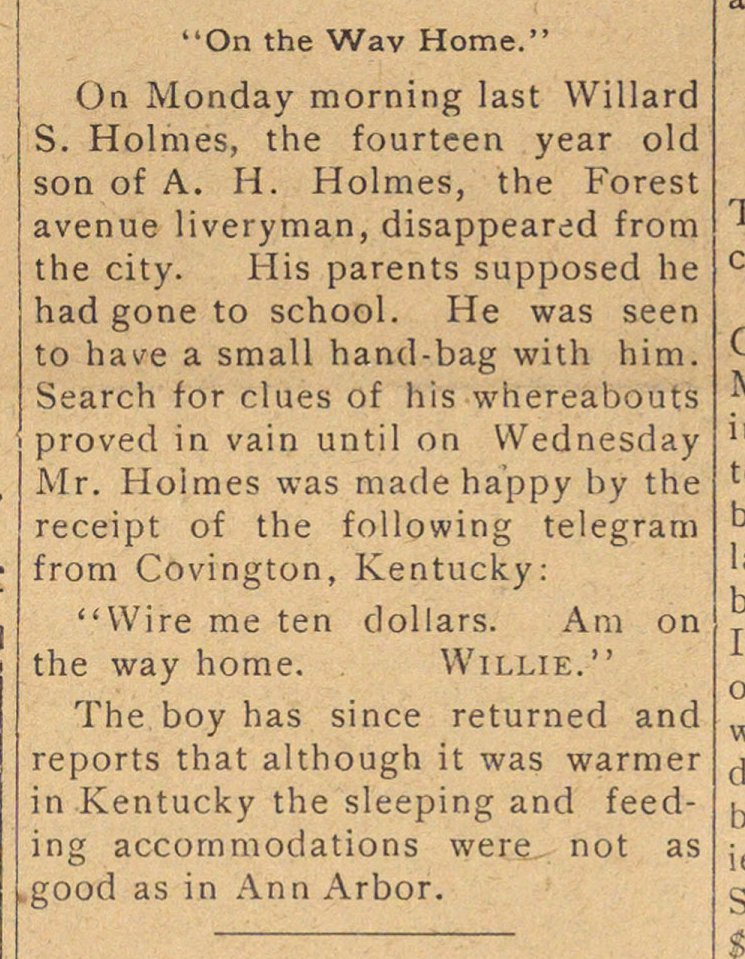 On Monday morning last Willard S. Holmes, the fourteen year old son of A. H. Holmes, the Forest avenue liveryman, disappeared from the city. His parents supposed he had gone to school. He was seen to have a small hand-bag with him. Search for clues of his whereabouts proved in vain until on VVednesday Mr. Holmes was made happy by the receipt of the following telegram from Covington, Kentucky: "VVire me ten dollars. Am on the way home. VVillie." The boy has since returned and reports that although it was warmer in Kentucky the sleeping and feeding accommodations were not as .good as in Ann Arbor.