A Distinction With A Difference 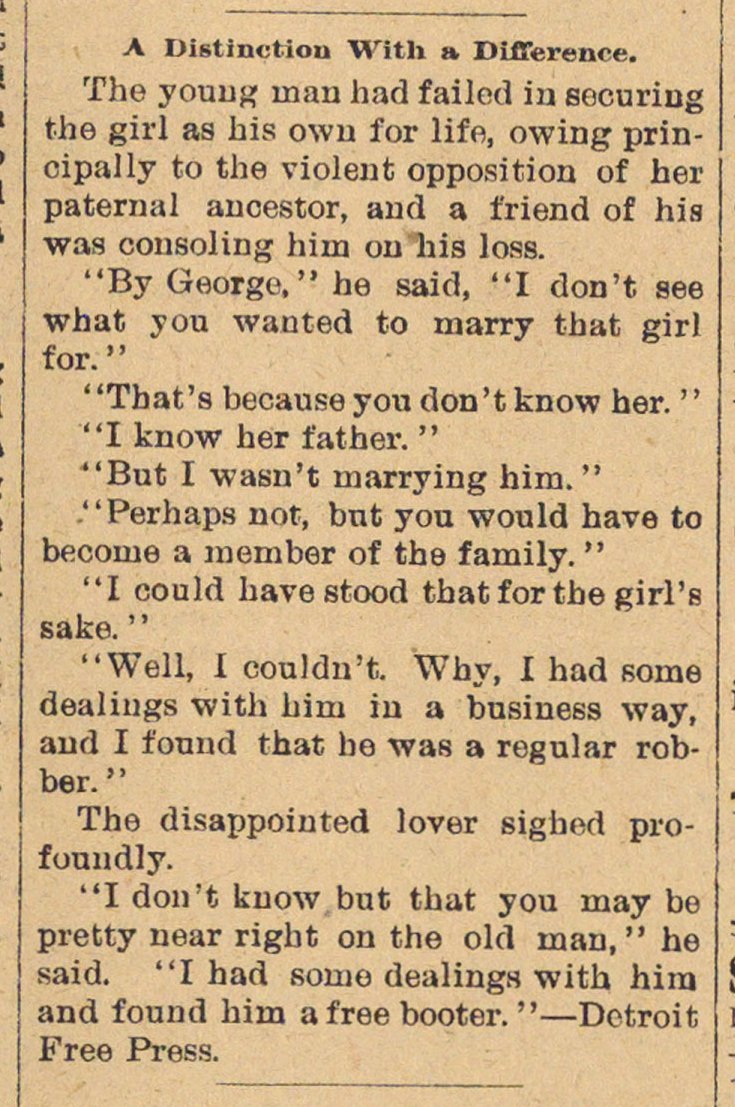 The youug man had failed ia socuriug the girl as his owu for life, owing principally to the violent opposition of her paternal ancestor, aud a friend of his was cousoling hiin ouhis loss. "By George, " he said, "I don't see what you wanted to marry that girl for." "That 's because you don 't know her. ' ' "I know her father. " "But I wasn't inarrying him. " "Perhaps not, bnt you would have to become a member of the family. " "I could havestood that for the girl's sake. " "Well, I conldu't. Why, I had some dealiiigs with him iu a business way, aud I found that he was a regular robber." The disappointed lover sighed profoundly. "I don't kuow but that you may be pretty near rigbt on the old inan, " he said. "I had sonio dealings with him