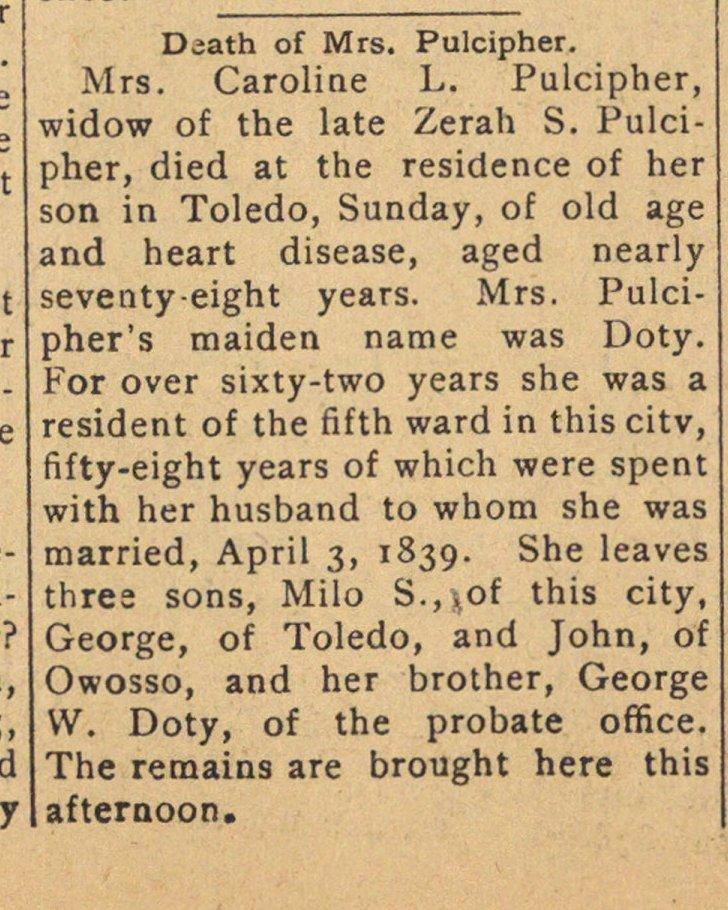 Mrs. Caroline L. Pulcipher, widow of the late Zerah S. Pulcipher, died at the residence of her son in Toledo, Sunday, of oíd age and heart disease, aged nearly seveutyeight years. Mrs. Pulcipher's maiden name was Doty. For over sixty-two years she was a resident of the fifth ward in thiscitv, fifty-eight years of which were spent with her husband to whom she was married, April 3, 1839. She leaves three sons, Milo S.,of this city, George, of Toledo, and John, of Owosso, and her brother, George W. Doty, of the probate office. The remains are brought here this afternoon.