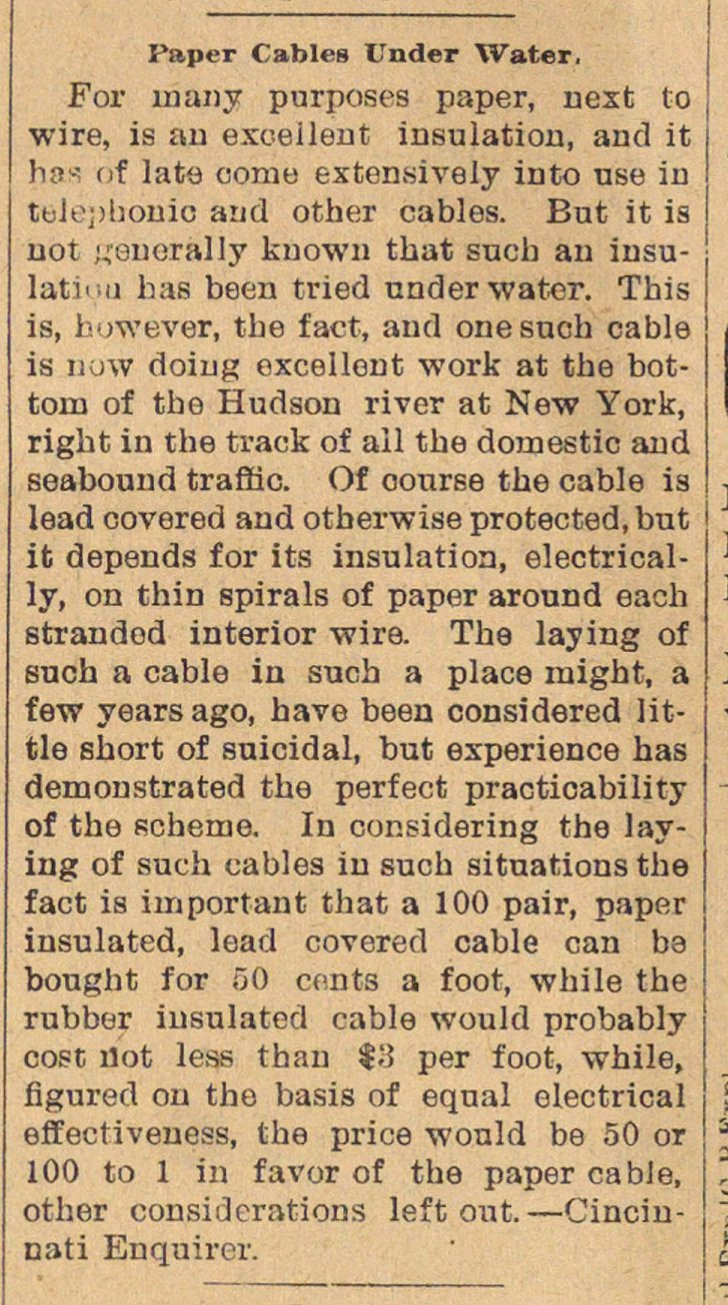 For inany parposes paper, nest to wire, is au exceileut insulation, and it lio of late como extensively into use in tele;)honic and other cables. But it is uot Keuerally known tbat snel) au insulatiuu has been tried under water. This is, b'jwever, the f act, and onesuch cable is now doiug oxcellont work at the bottora of the Hudson river at New York, right in the track of all the doinestic and seabound traffle. Of oonrse the cable is lead covered and otherwise protected, but it depends for its insulatioa, electrically, on thin spirals of paper around each strandod interior wire. The laying of such a cable in such a place might, a few yearsago, have been considered little short of suicidal, but esperience has demonstrated the perfect practicability of the Rcbeme. In considering the laying of such cables iu such situations the fact is important tliat a 100 pair, paper insulated, lead covered cable can be bought for 60 cents a foot, while the rubber insulated cable would probably cost flot less thau tí! per foot, while, figured ou the basis of equal electrical effectiveness, the price wonld be 50 or 100 to 1 in favor of the paper cable,