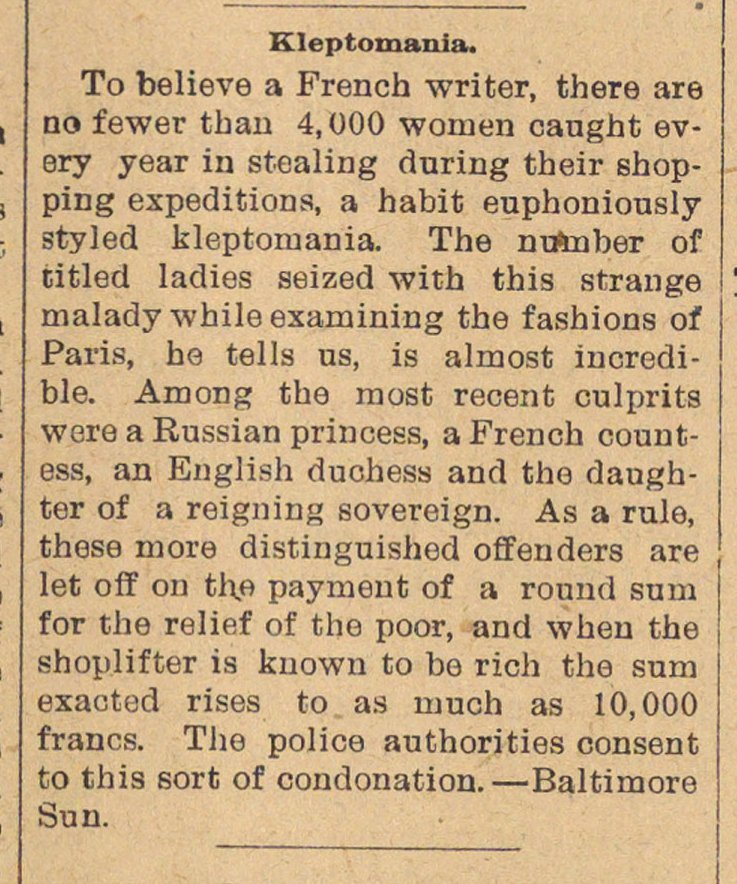 To believe a French writer, there are no fewer than 4,000 wonen caught every year in stealing during their shopping expeditions, a habit euphoniously styled kleptomania. The nttaber of titled ladies seized with this strange malady whileexamining the fashions of Paris, he tells us, is almost incredible. Among the most recent culprits were a Russian princess, a French countess, an English duchess and the daughter of a reigning sovereign. As a rule, these more distinguished offenders are let off on the paymeut of a round sum for the relief of the poor, and wheu the shoplifter is known to be rich the sum exacted rises to as much as 10,000 francs. The pólice authorities consent