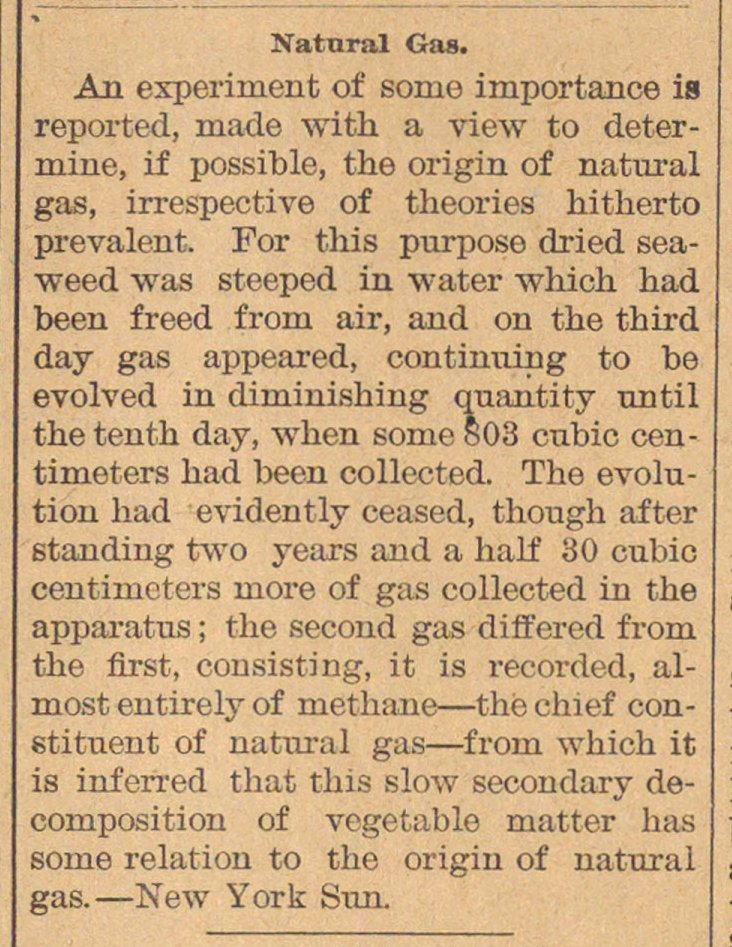 Aa experiment of somo importance is reported, made with a view to determine, if possible, the origin of natural gas, irrespective of theories hitherto prevalent. For tliis purpose dried seaweed was steeped in water which had been f reed f rom air, and on the third day gas appeared, continuing to be evolved in diminishing quantity until the tenth day, when some 03 cnbic centimeters had been collected. The evolution had evidently ceased, though after standing two years and a half 30 cubio centimeters more of gas collected in the apparatus ; the second gas differed from the flrst, cousisting, it is recorded, almost entirely of methane - thé chief constituent of natural gas - from which it is inferred that this slow secondary decomposition of vegetable matter has some relation to the oriarin of natural gas.-