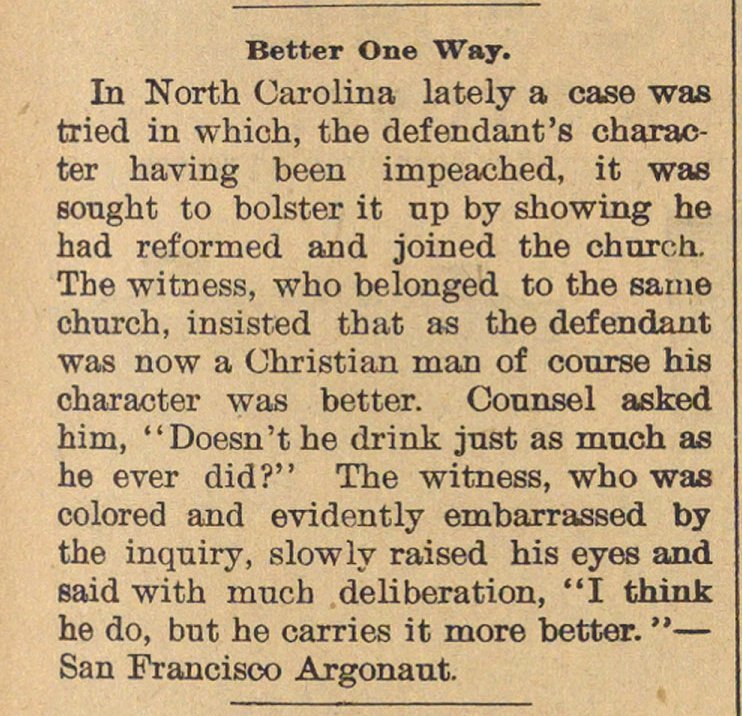 In North Carolina lately a case was tried in which, the defendant's character having been impeached, it was songht to bolster it np by showing he had reformed and joined the church. The witness, who belonged to the saine church, insisted that as the defendant was now a Christian man of conrse his character was better. Counsel asked him, "Doesn't he drink jnst as much as he ever did?" The witness, who was colored and evidently embarrassed by the inquiry, slowly raised his eyes and said with nmcb deliberation, "I think he do, bnt he carries it more better. " -