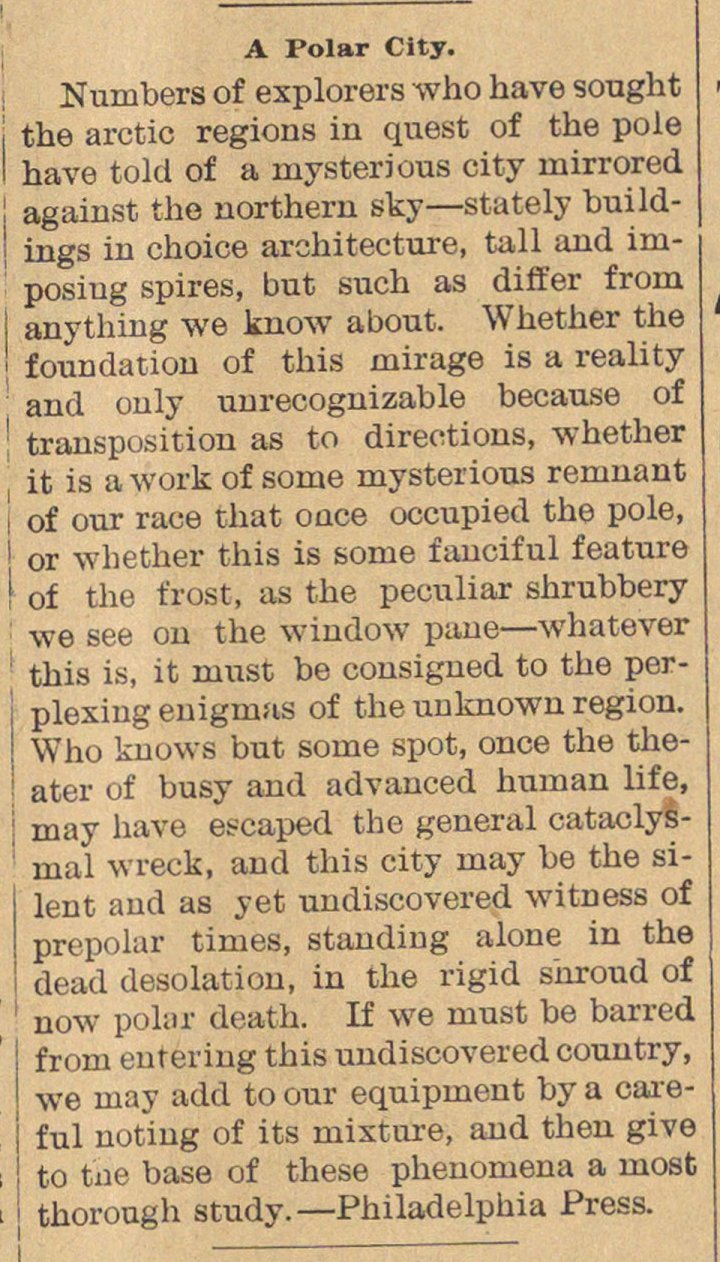 Numbers of explorers who have sought the arctic regions in quest of the pole have told of a niysterious city mirrored against the northern sky - stately buildings in choice architecture, tall and irnposiug spires, but such as differ from anything we know about. Whether the foundation of this mirage is a reality and only uurecognizable because of transposition as to direotions, whether it is a work of some mysterious remnant of our race that oace occupied the pole, or whether this is some fanciful feature of the trost, as the peculiar shrubbery we see on the window pane - whatever this is, it must be consigned to the perplexing enigmas of the unknown región. Who knowa but some spot, once the theater of busy and advanced human life, may have escaped the general cataclyBmal wreek, and this city may be the silent and as yet undiscovered witness of prepolar times, standing alone in the dead desolation, in the rigid shroud of now polar death. If we must be barred from entering this undiscovered country, we may add to our equipment by a careful noting of its misture, and theu give tn tiie base of these phenomena a most thorough