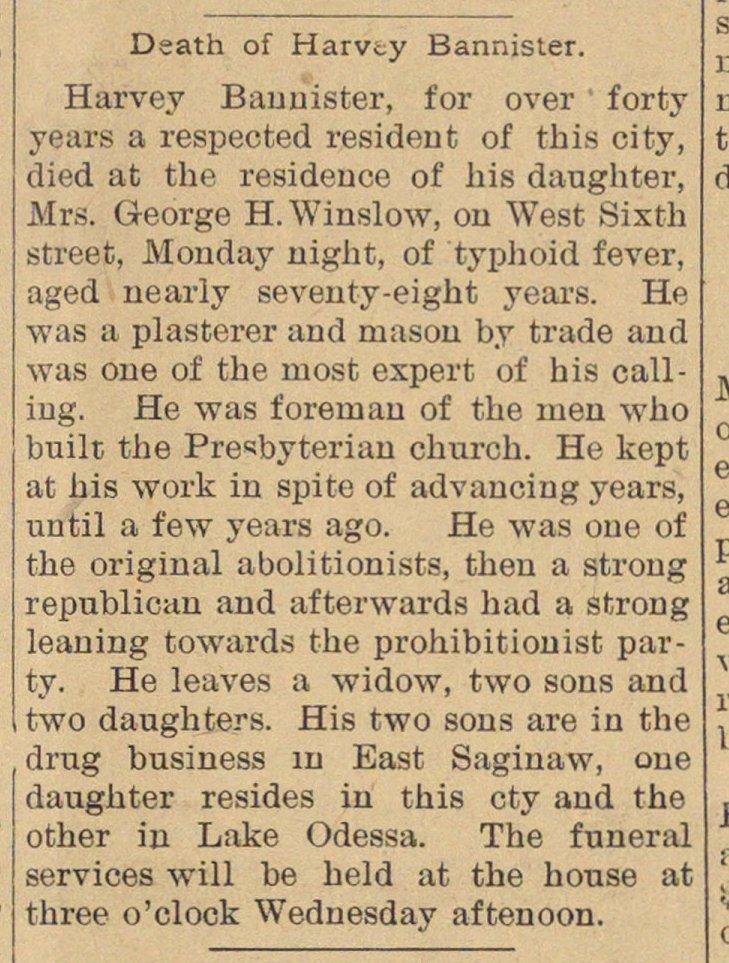 Harvey Bauuister, for over forty years a respected resident of this city, died at the residence of his daughter, Mrs. George H.Winslow, on West Sixth street, Monday uight, of typhoid fever, aged nearly seveuty-eight years. He was a plasterer and masou by ti-ade and was one of the most expert of his calliug. He was foreruan of the men who built the Prebyterian churoh. He kept at his work in spite of advaucing years, until a few years ago. He was one of the original abolitionists, then a strong republican and afterwards had a strong leuning towards the prohibitiouist party. He leaves a widow, two sons and two daughters. His two sons are in the drug business in East Saginaw, one daughter resides in this cty and the other in Lake Odessa. The funeral services will be held at the house at three o'clock Wednesday aftenoon.