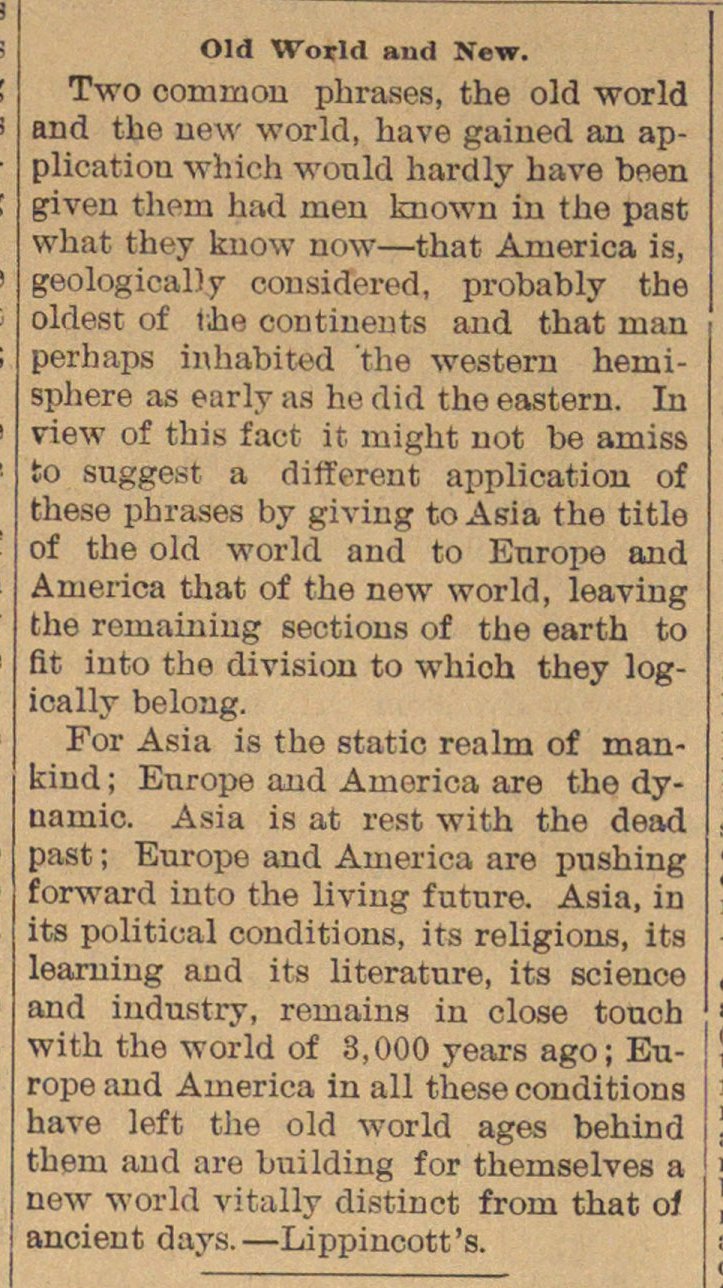 Two cornmon pbrases, the old world and the uew world, have gaiued an applicatiou which would hardly have been given tlipm had men known in the past what they know now - that America is, geologicaDy oonaidered, probably the oldest of tiie contineuts and that man perhaps inhabited the western hemisphere as early a.s he did the eastern. In view of this faet it might not be amiss to snggest a different application of these phrases by giving to Asia the title of the old world and to Europe and America that of the new world, leaving the remaining sections of the earth to fit into tho división to whioh they logioally belong. For Asia is the static realm of mankind ; Enrope and America are the dytiamic. Asia is at rest with the dead past ; Europe and America are pushing forward into the living future. Asia, in its political conditions, its religions, its learning and its literature, its science and industry, roniains in close touch with the world of 3,000 years ago; Europe and America in all these conditions have left the old world ages behind thern and are building for thernselves a new world vitally distinct froin that oí ancient days. -