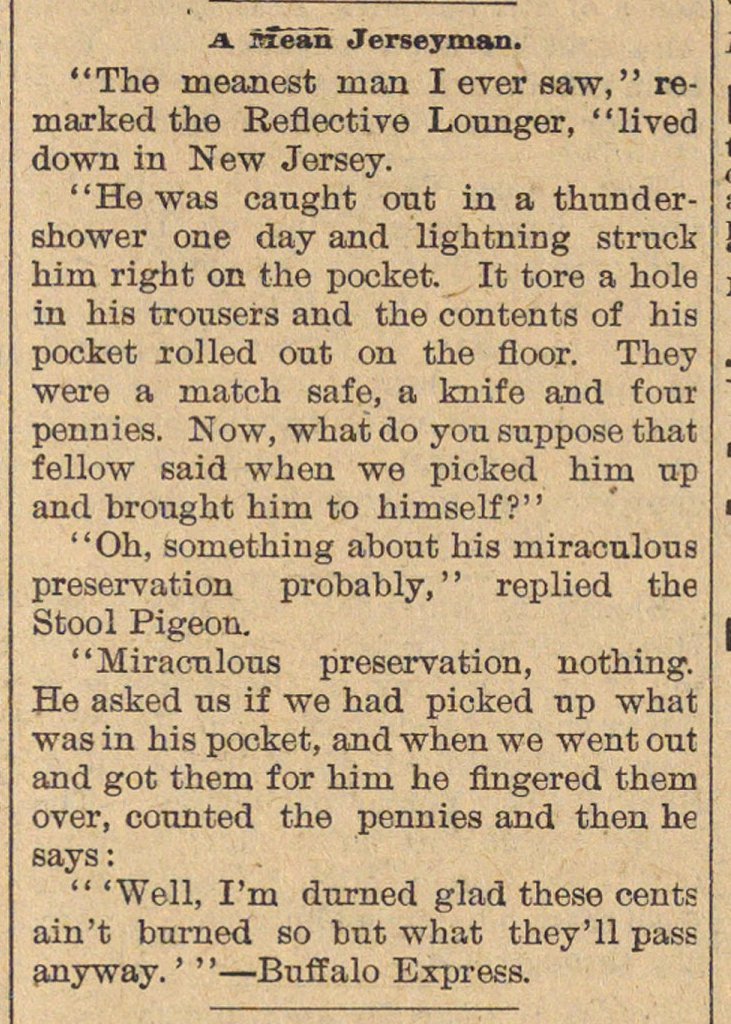 "The meanest man I ever saw, " remarked the Reflective Lounger, "lived down in New Jersey. "He was canght ont in a thundershower one day and lightning struck him right on the pocket. It tore a hole in his tronsers and the contents of his pocket rol led out on the floor. They were a match safe, a knife and four pennies. Now, what do you suppose that fellow eaid when we picked him np and brought him to himself?" "Oh, somethiug about his miraculous preservation probably, " replied the Stool Pigeou. "Miracnlotis preservation, nothing. He asked ns if we had picked tip what was in his pocket, and when we went out and got them for him he flngered them over, counted the pennies and then he says: " 'Well, I'm durned glad these cents ain't burned so but what they'll pass íinyway.' "-