Desire To Be Divorced 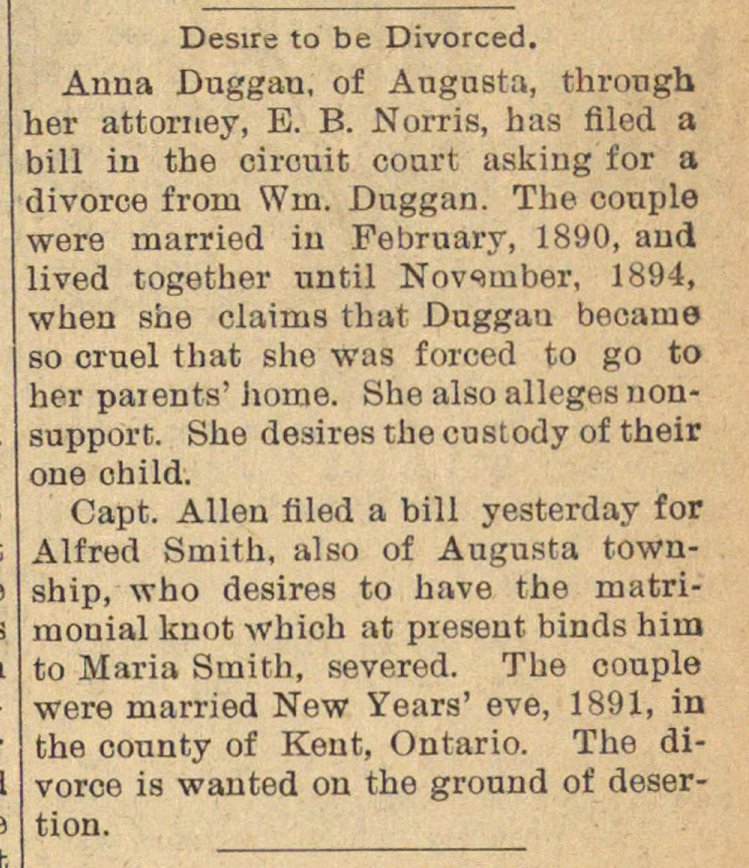 Auna Duggan, of Augusta, throngh her attorney, E. B. Norris, has flled a bilí in the cirouit court asking for a divorce froru Win. Duggan. The ootiple were married in Febrnary, 1890, and lived together until November, 1894, when she claims that Duggau became so cruel that she was forced to go to her paients' home. She also alleges nonsupport. She desires the custody of their oue child. Capt. Allen filed a bilí yesterday for Alfred Smith, also of Augusta township, who desires to have the matrimonial knot which at present binds hirn to Maria Smith, severed. The couple were married New Years' eve, 1891, in the county of Kent, Ontario. The divorce is wanted on the ground of desertion.