As A Suspicious Character 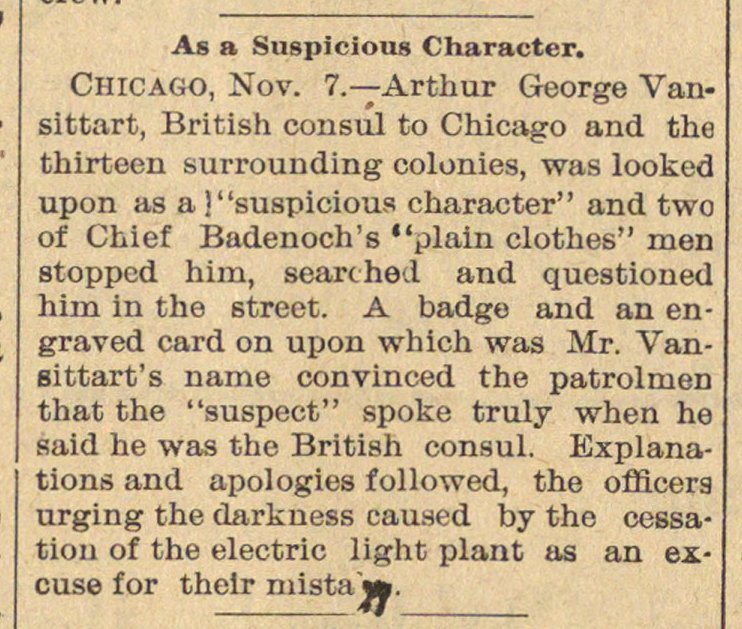 Chicago, Nov. 7.- Arthur George Vansittart, British consul to Chicago and the thirteen surrounding colonies, was looked upon as a "suspicious character" and two of Chief Badenoch's "plain clothes" men stoppcd him, searche.l and qucstioned him in the street. A badge and an engraved card on upon which was Mr. Vansittart's name convinced the patrolmen that the "suspect" spoke truly when he said he was the British consul. Explanations and apologies followed, the officers urging the darkness cauwed by the cessation of the electric light plant as an excuse for thelr mista').