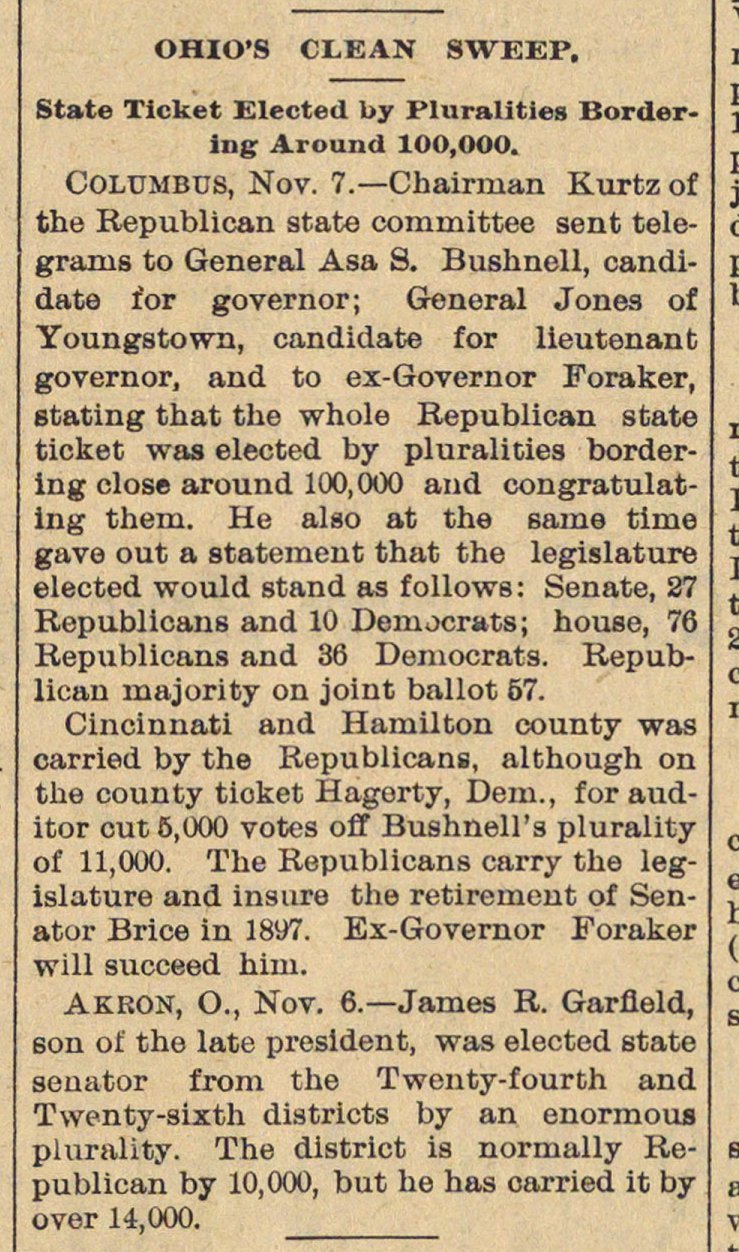 UOLOMBDS, Mov. 7. - Uhairman Kurtzof the Republiean state comrnittee sent telegrams to General Asa S. Bushnell, candidate for governor; General Jones of Youngstown, candidate for lieutenant governor, and to ex-Governor Foraker, stating tbat the whole Republican state ticket was elected by pluralities bordering close around 100,000 and congratulating them. He also at the same time gave out a statement that the legislature elected would stand as follows: Senate, 27 Republicans and 10 Democrats; house, 76 Republicans and 36 Democrats. Republican majority on joint ballot 67. Cincinnati and Hamilton county was carried by the Republicans, although on the county tioket Hagorty, Dem., for auditor out 6,000 votes off Bushnell's plurality of 11,000. The Republicans carry the legislature and insure the retiremont of Senator Brice in 1897. Ex-Governor Foraker will succeed hiui. AKRON, O., Nov. 6. - James R. Garfleld, 6on of the late president, was elected state senator from the Twenty-fourth and Twenty-sixth districts by an enormous plurality. The district is normally Republican by 10,000, but he has oarried it by over 14,000.