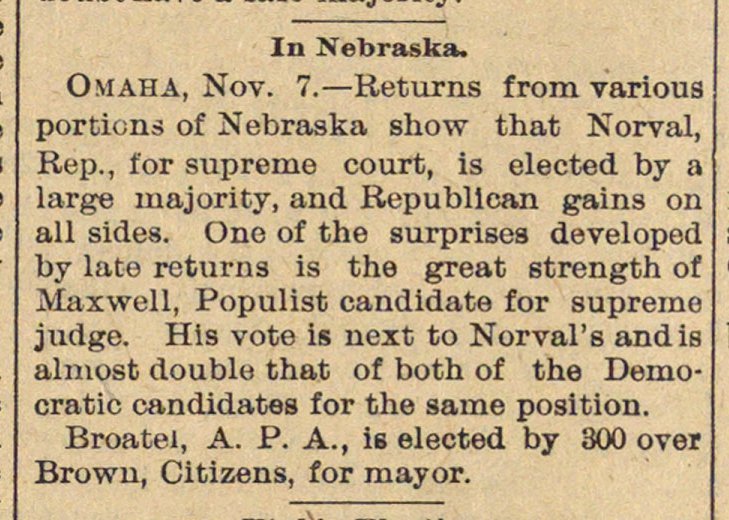 Omaha, Nov. 7. - Returns from various portions of Nebraska show that Norval, Rep., lor suprema court, is elected by a large majority, and Republloan gains on all sides. One of the surprises developed by late returns is the great strength of Maxwell, Populist candidate for supremo judge. His vote is next to Norval's and is almost doublo that of both of the Democratie candidates for the same position. Broatei, A. P. A., is elected by 300 over Brown, Citizens, for mayor.