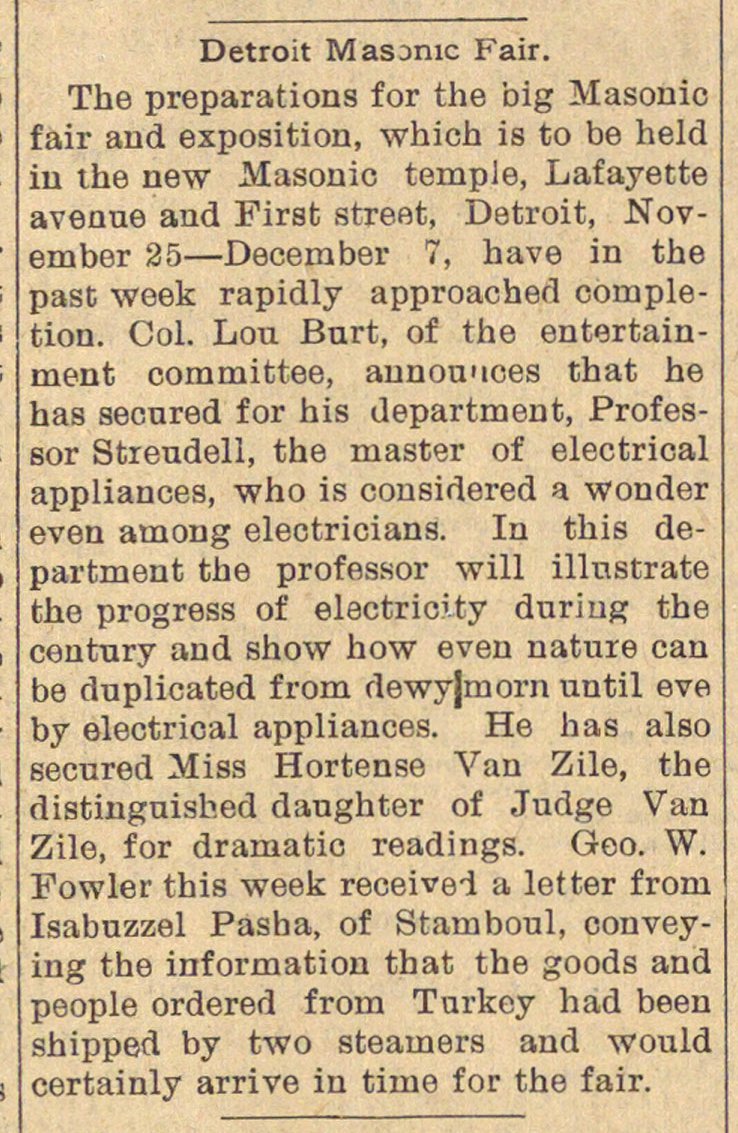 The preparations for the big Masonic fair and exposition, which is to be held in the new Masonic temple, Lafayette avenue and First street, Detroit, November 25 - December 7, have in the past week rapidly approached completion. Col. Lou Burt, of the entertainment committee, annouuces that he has secured for his department, Professor Streudell, the master of electrical appliances, who is considered a wonder even among electricians. In this department the professor will illnstrate fche progress of electricity duriug the cenfrnry and show how even nature can be duplicated from dewyjmorn until eve by electrical appliances. He has also secured Miss Hortense Van Zile, the distingnished daughter of Judge Van Zile, for dramatic readings. Geo. W. Fowler this week receivei a letter from Isabuzzel Pasha, of Stamboul, conveying the information that the goods and people ordered from Turkcy had been shipped by two steamers and would certainly arrive in time for the fair.