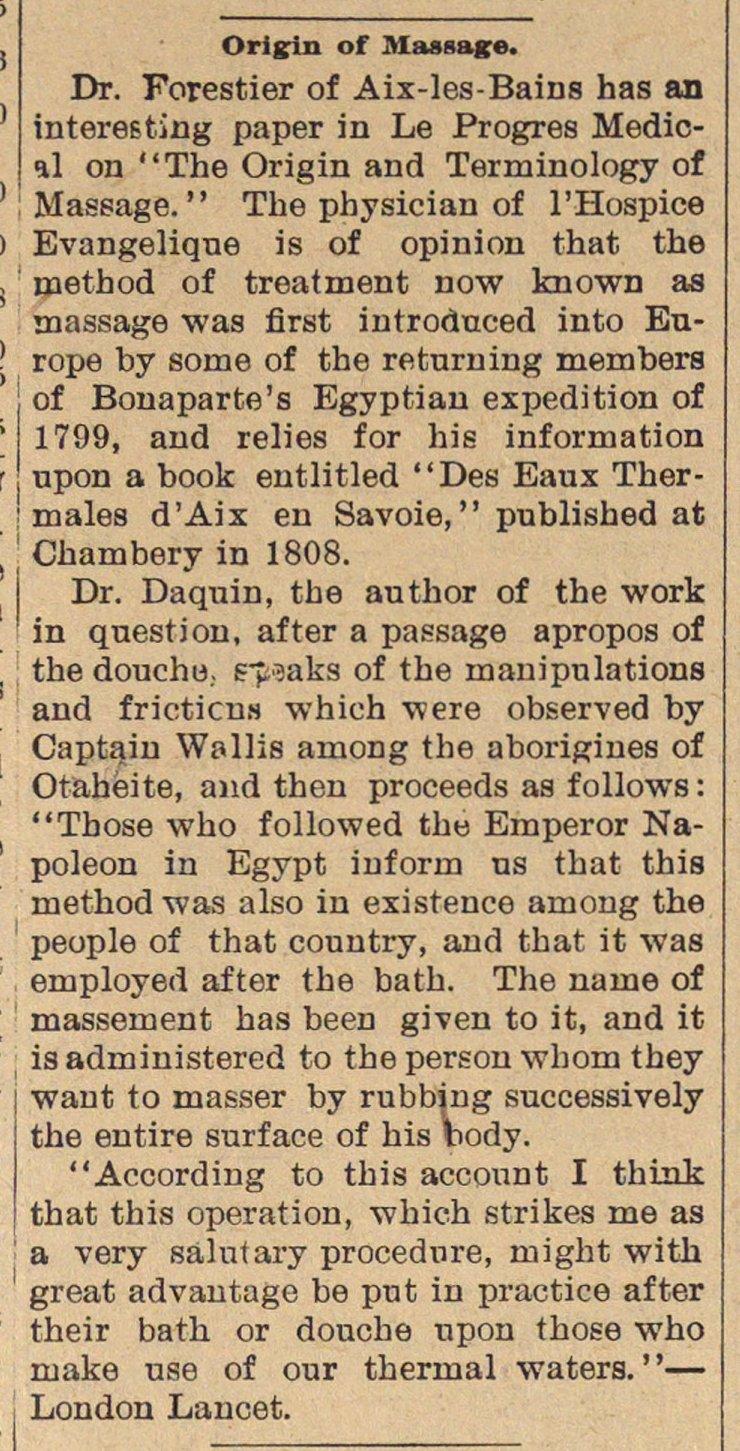 Dr. Forestier of Aix-lesBains has an intereeting paper in Le Progres Medical on "The Origin and Terminology of Massage." The pbysician of l'Hospice Evangelique is of opinión that the raethod of treatment now known as massage was first introönced into Europe by some of the returuing members of Bonaparte's Egyptian expedition of 1799, and relies for his information npon a book entlitled "Des Eaux Thermales d'Aix en Savoie, " published at Chambery in 1808. Dr. Daquin, the author of the work in question, after a passage apropos of the douchu. rp3aks of the manipulations and fricticna which were observed by Captain Wallis ainong the aborigines of Otaheite, and then proceeds as follows: "Those who followed the Emperor Napoleon in Egypt inforrn ns that this method was also in existence among the people of that country, and that it was employed after the bath. The name of massernent has been given to it, and it is administered to the person whom they want to masser by rubbing successively the entire snrface of his body. "According to this account I think that this operation, which strikes me as a very sálufary procedure, might with great advantage be put in practico after their bath or douche npon those who ruake use of our therrnal waters." -