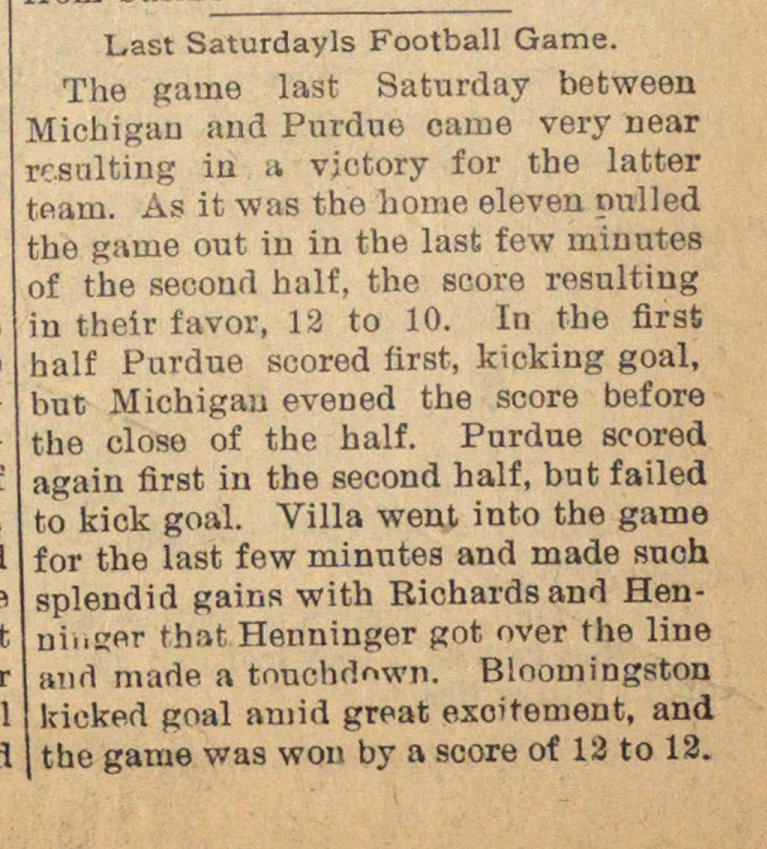 The gaine last Saturday between Michigan and Pnrdue carne very near rcsnlting iu a vietory for the latter team. As it was the home eleven pulled the game out in in the last few minutes of the secoud half, the score rosulting in ttaeir favor, Vi to 10. In the first half Purdue scored first, kicking goal, hut Michigan evened the score before the close of the half. Purdue scored again first in the second half, but failed to kick goal. Villa went into the game for the last few minutes and made snob. splendid gains with Richards and Henuingor thiit Henninger got over the line mr) made a tnuchdnwn. Bloomingston kicked goal amid great exo'tement, and the game was won by a score of 12 to 12.