Nine Will Go To Jail 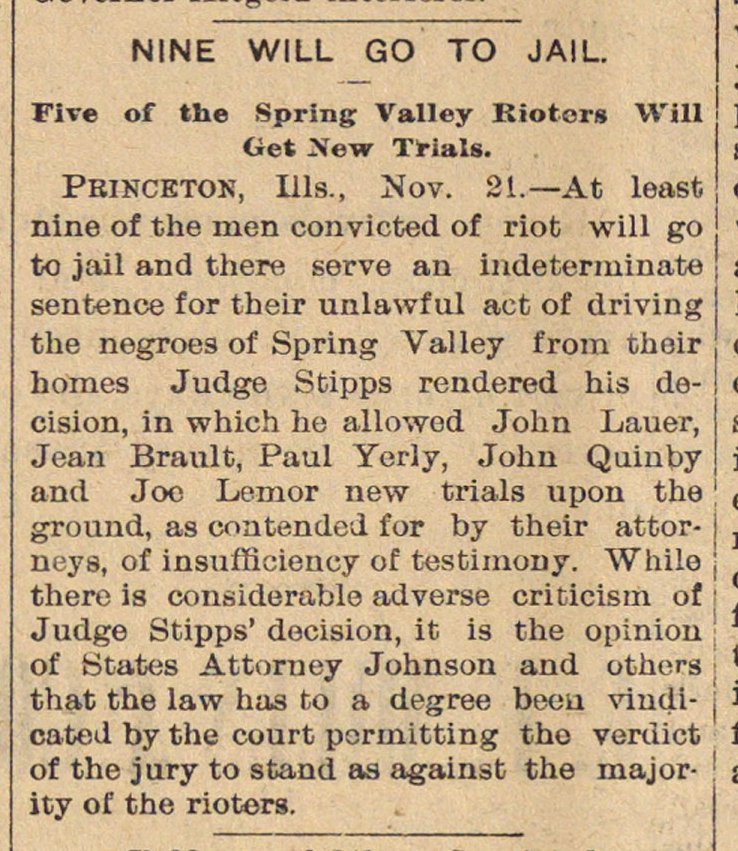 Pbinckton, Iils., Nov. 21.- At least nine of the men convicted of riofc will go j to jail and there serve an indeterminate sentence for their unlawful act of driving j the negroes of Spring Val ley f rom their homes Judge Stipps rendered his ! cision, in which he allowed John Lauer, Jean Brault, Paul Yerly, John Quiuby and Joc Lemor new trials upon the ground, as contended for by their neys, of insufficieucy of testimony. While there is considerable adverse criticism of Judge Stipps' decisión, it is the opinión of States Attorney Johnson and others that the law has to a degree beeu j cated by the court pormitting tho verdict of the jury to stand as against the ! ity of the riotors.