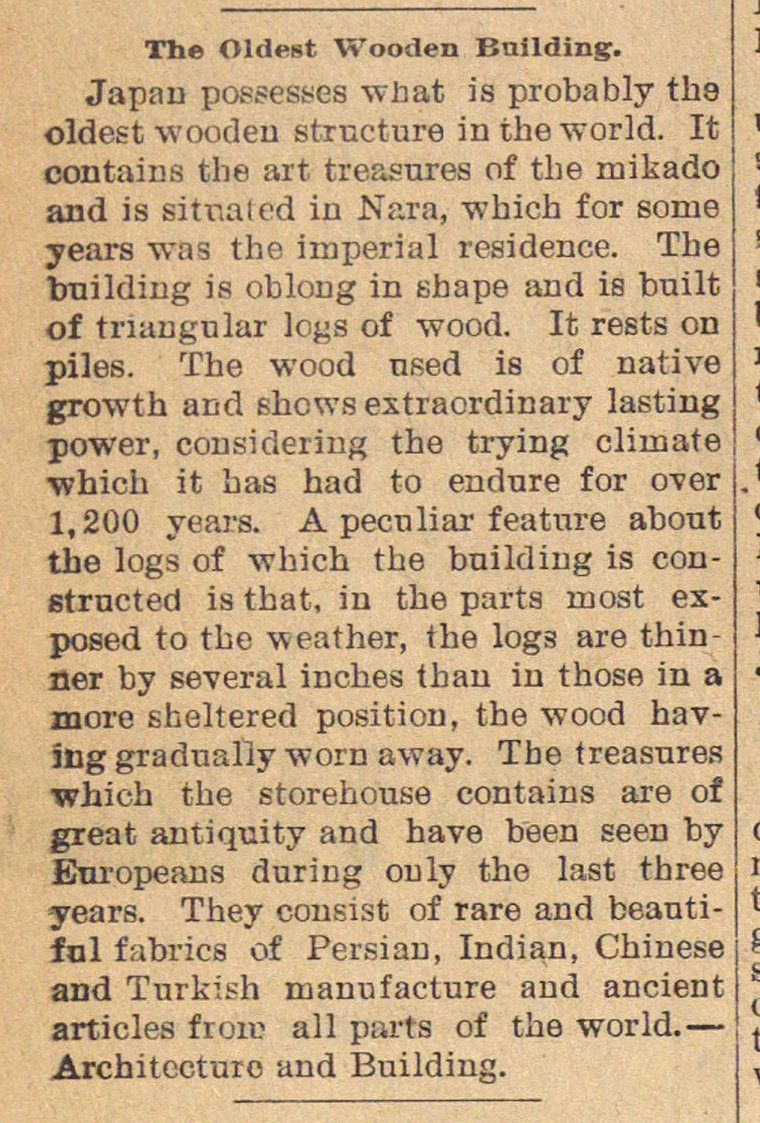 Japan po.sesfcs what is probably the oldest wooden strncture intheworld. It contains the art treasures of the mikado and is sitnaled in Nara, which for some years was the imperial residence. The building is oblong in shape and is built of triangular logs of wood. It rests on piles. The wood used is of native growth and shows extraordinary lasting power, cousi dering the trying climate which it has had to endure for over 1,200 years. A peen liar feature about the logs of -which the building is constructed ia that, in the parts most exposed to the vveather, the Iog3 are thinner by several inches than in those in a more sheltered position, the ■wood having gradually vrorn away. The treasures which the storehouse contains are of great antiquity and have been seen by Enropenns during ouly the last three years. They consist of rare and beautifnl fabrics of Persian, Indian, Chinese and Turkísh manufacture and ancient articles froit all parts of the world. -