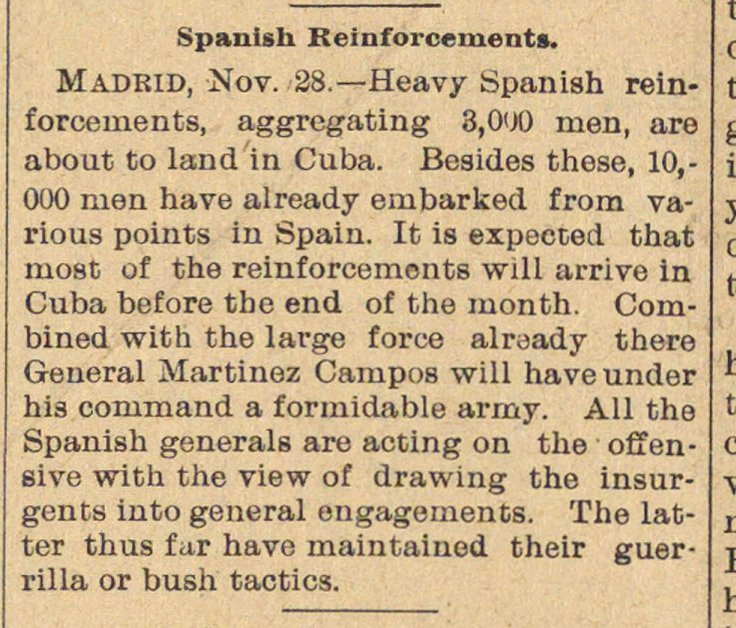 Madrid, Nov. 28. - Heavy Spanish reinforcements, aggregating 3,0X) men, are about to land in Cuba. Besides these, 10,000 men have already embarked from various points in Spain. It is expecteci that most of the reinforcemontg will arrive in Cuba before the end of the month. Combined with the large force alruady there General Martínez Campos will haveunder his command a formidable arrny. All the Spanish generáis are acting on the offensive with the view of drawing the insurgents into general ongagements. The latter thus fiir have maintained their guerrilla or bush tactics.