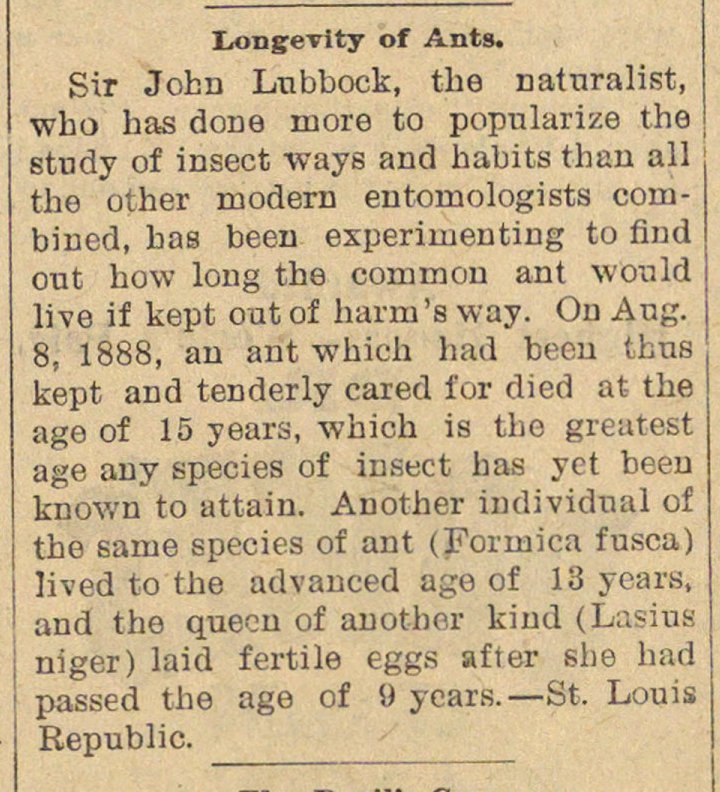 Sir John Lubbock, the naturalist, who has done more to populariza the study of insect vays and habits than all the other modern eutomologists combined, bas been experimenting to find out how long the commou ant wonld live if kept out of harrn's way. On Aug. 8, 1888, an ant which had been thus kept and tenderly caied for died at the age of 15 years, which is the greutest age any species of insect bas yet been known to attain. Another individual of the same species of ant (Formica fusca,) lived to the advanced age of 13 yeare, and the quecn of another kind (Lasius niger) laid fertile eggs after she had