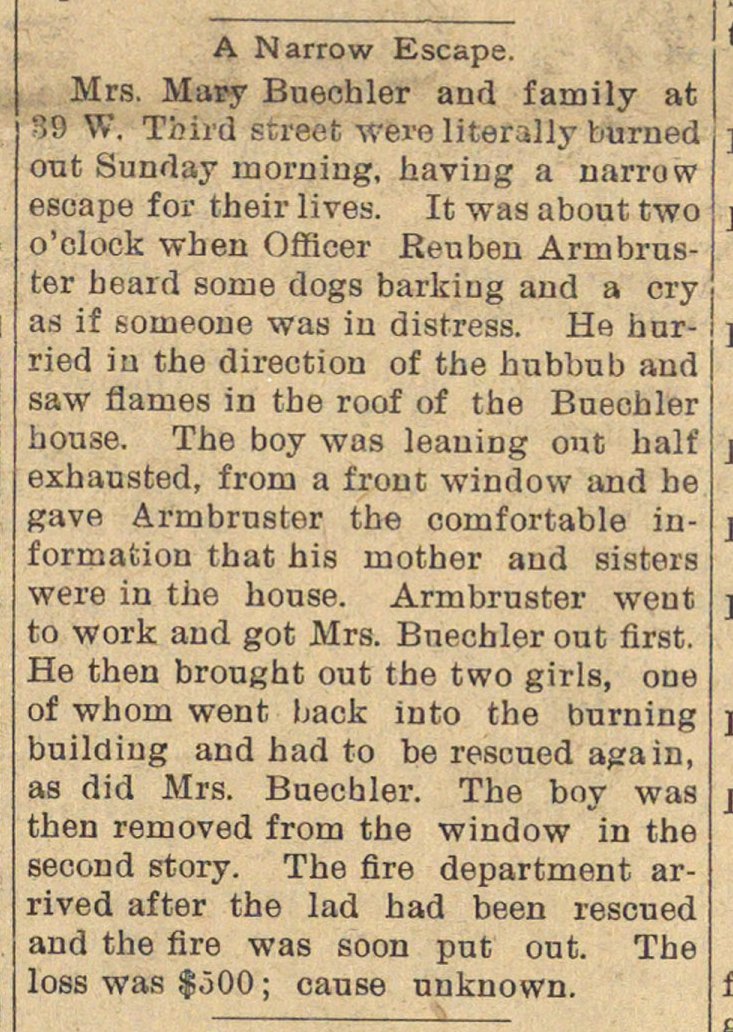 Mrs. Mary Buechler and family at 39 W. Thiid street were literalJy burned out Sunday inorning, having a narro w escape for their lives. It was about two o'olock when Officer Reuben Arnabruster beard some dogs barkiug and a cry as if soineone was in distress. He ! ried iu the direction of the hnbbub and saw flames in the roof of the Bnechler house. The boy was leauing out half exhausted, from a front window and he gave Arrobru8ter the comfortable informafcion that his rnother and sisters were in the house. Armbruster went to work and got Mrs. Buechler out flrst. He then brought out the two girls, one of whom went back into the burning building and had to be rescued again, as did Mrs. Buechler. The boy was then removed from the window in the second story. The flre department arrived after the lad had been rescued and the fire was soon put out. The loss was föOO ; cause unknown.