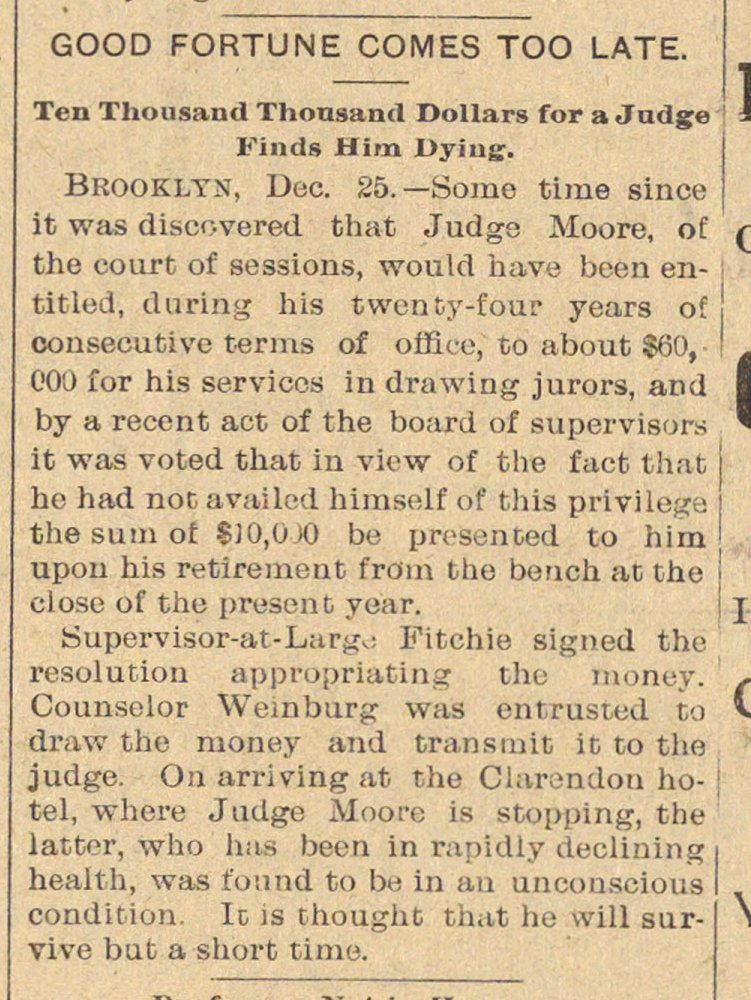 Brookltn, Dec. 25. - Somo time since it was discovered that Judge Moore, of the court of sessions, woulcl have been entitled, daring his twenty-four years of consecutivo t-erius of office, to about $60, 000 for his services in drawing jurors, and by a recent act of the board of supervisors it was voted that in view of the fact that he had not avalled himself of this privilege the sum of $10,0 K) be presentad to him upou his retirement froin the beuch at the close of the present, year. Supervisor-at -Lar;.',: Fitchie signed the resolution approprlating the money. Counselor Wemburg was entrusted to draw the money and transmit it to the judge. Onarrivingat the Clarendou hotel, where Judge Jloore is stopping, the latter, who lias been in rapidly declining i heallh, was found to bu in an uncoiiscious I condition. Ie is thought that he will survive but a short time.