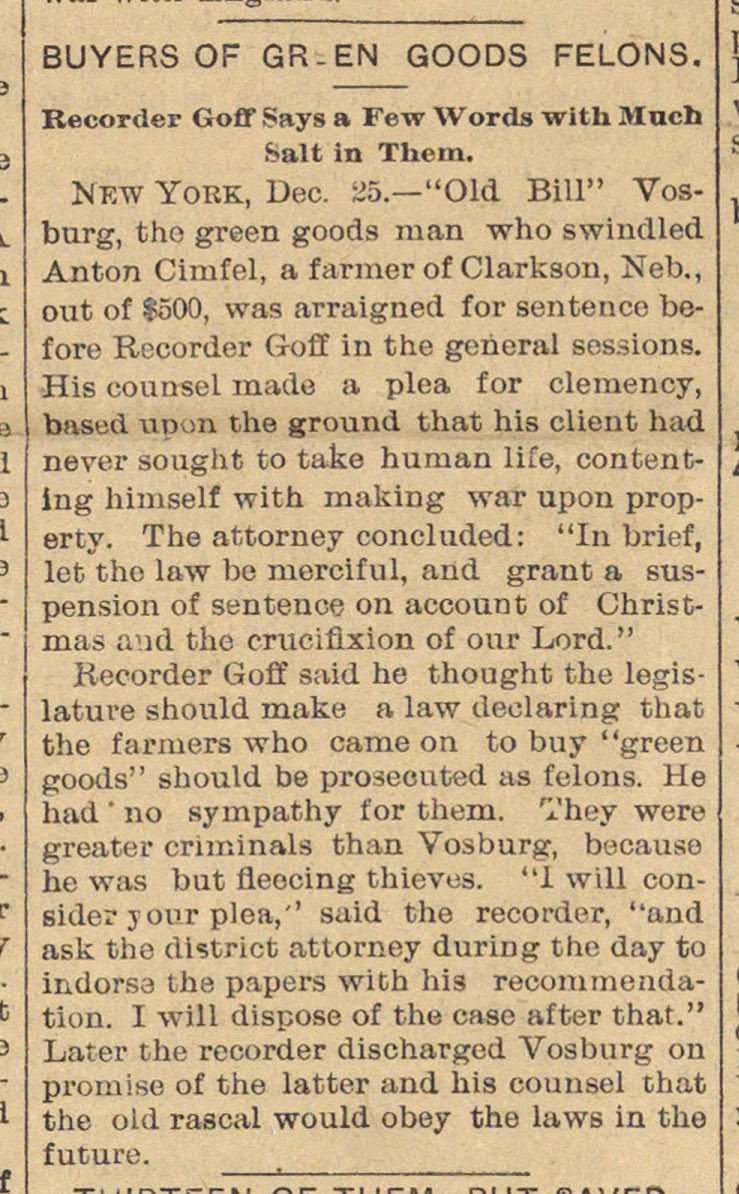 New York, Dea 5.- "Oíd Bill" Vosburg, tho green goods man who swlndled Antón Cimfel, a farmer of Clarkson, Neb., out of $500, was arraigned for sentence before Recorder G-off in the general sessions. His counsel madö a plea for clemency, basad upon the ground that his cliënt had never sought to take human life, contenting himself with making war upon property. The attorney concluded: "In brief, let the law be morciful, and grant a suspension of sentence on account of Christmas and the crucifixion of our Lord." Becorder Goff said he thought the legislature should make a law declaring that the farmers who came on to buy "green goods" should be proseouted as felons. He had ' no sympathy for them. 1'hey were greater crimináis than Vosburg, because he was but fleocing thievos. "1 will consider jour plea,'1 said the recorder, "and ask the district attorney during the day to indorsa the papers with his recommendation. I will dispose of the case after that." Later the recorder dischargod Vosburg on promise of the latter and his counsel that the old rascal would obey the laws in the future. .