The Bar Will Banquet 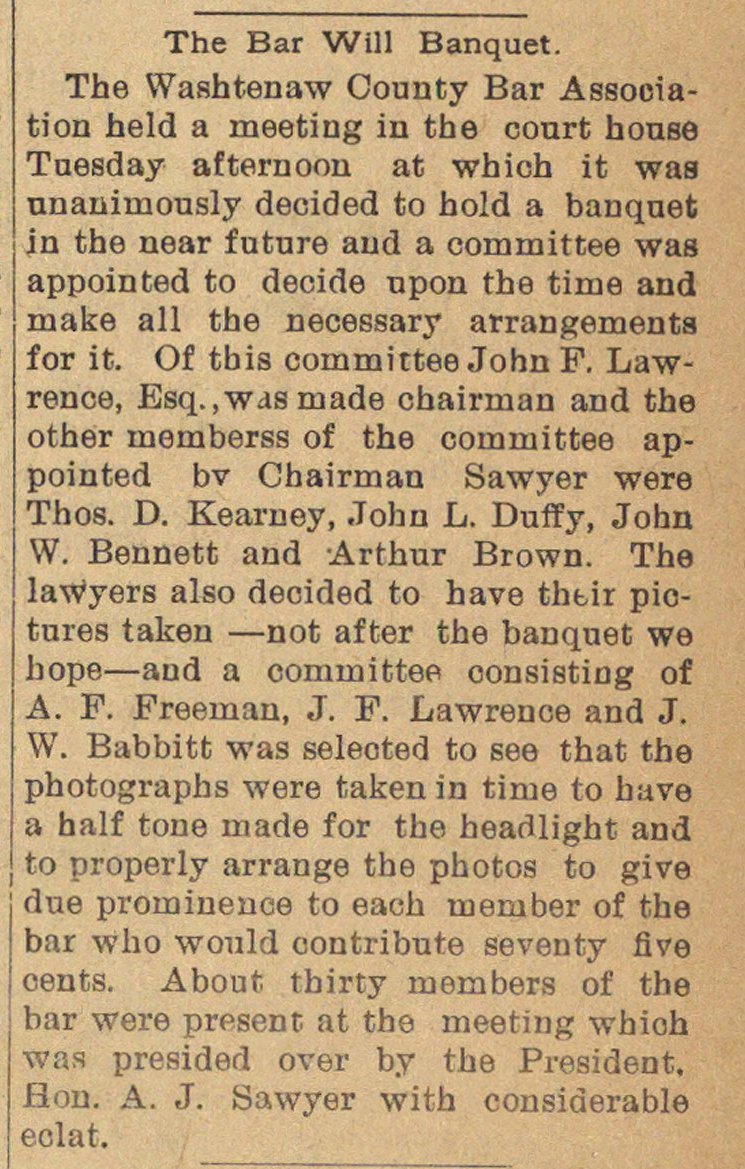 The Washtenaw County Bar Association held a meeting in the court honse Tuesday afternoon at which it was unanirnously decided to hold a banquet in the near future aud a eommittee was appointed to decide upon the time and make all the necessary arrangeroents for it. Of tbis committee John F. Lawrence, Esq., was made chairman and the other memberss of the committee appointed bv Chairman Sawyer were Thos. D. Kearney, John L. Duffy, John W. Bennett and Arthur Brown. The lawyers also decided to have thtir pictnres taken - not after the banquet we hope - aud a committee oonsiating of A. F. Freernan, J. F. Lawrence and J. W. Babbitt was seleoted to see that the photographs were taken in time to have a half tone made for the headlight and to properly arrange the photos to give dne prominence to each tnember of the bar who would contribute seveuty five oents. About thirty members of the bar were present at the meeting whioh was presided over by the President, Hou. A. J. Sawyer with considerable eclat.