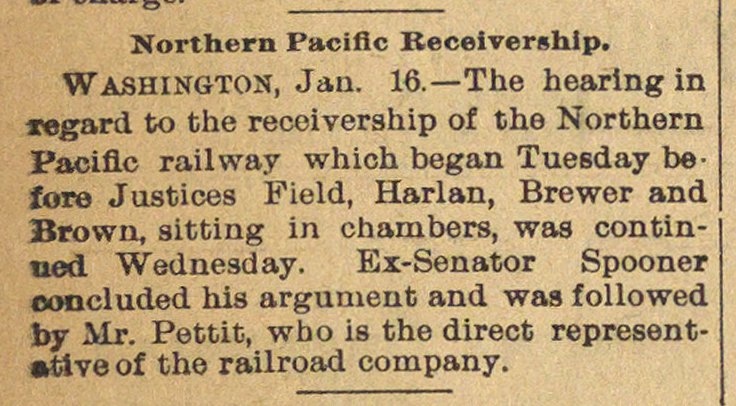 Washington, Jan. 16. - The hearing in regard to the receivership of the Northern Pacific railway which began Tuesday before Justices Field, Harían, Brewer and Brown, 8itting in chanibers, was continuad Wednesday. Ex-Senator Spooner eoncluded bis argument and was followed by Mr. Pettit, wbo is the direct representÜve of the railroad company.