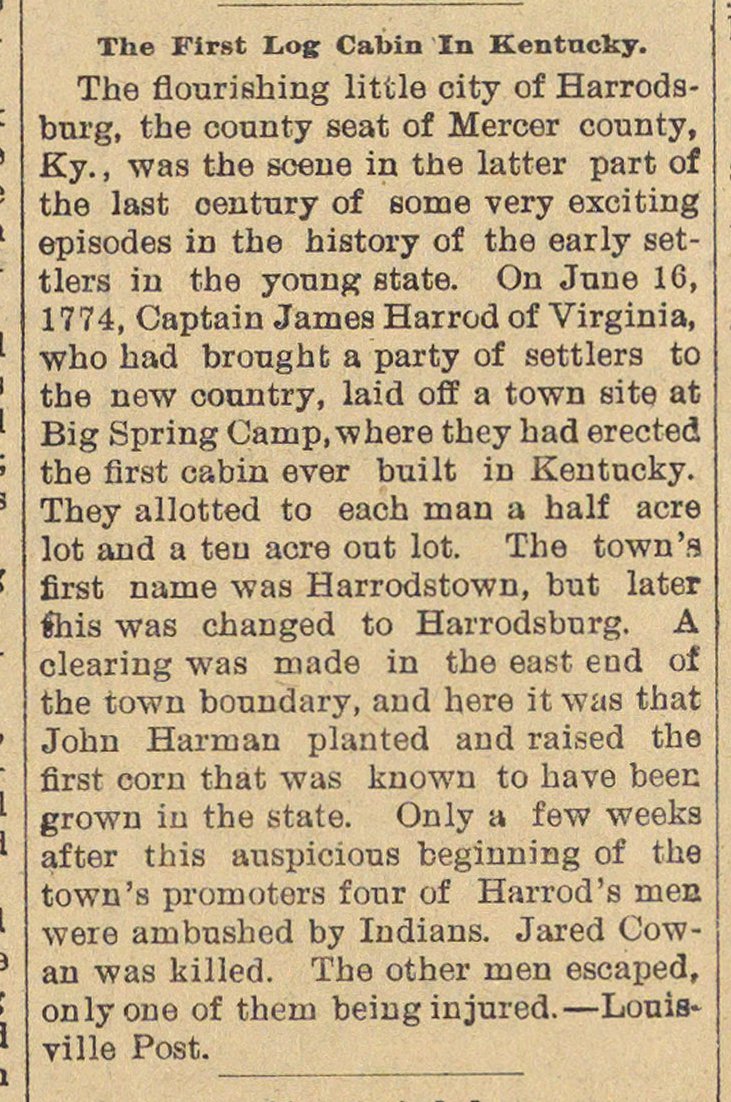 The flcrarishing litfcle city of Harrodsbnrg, the county seat of Mercer county, Ky. , was the soene in the latter part of the last oentury of some very exciting episodes in the history of the early settlers in the young state. On June 16, 1774, Captain James Harrod of Virginia, who had brought a party of settlers to the new country, laid off a town site at Big Spring Oamp.where they had erected the flrst cabin ever built íd Keutucky. They allotted to each man a half acre lot and a ten acre out lot. The town 's first name was Harrodstown, but later Ihis was changad to Harrodsburg. A clearing was made in the east end of the town boundary, aud here it was that John Harman pkinted and raised the flrst coru that was known to have been grown in the state. Only a few weeks after this auspicious begiuning of the town's promotors fonr of Harrod's men were arabnshed by Indians. Jared Cowan was killed. The other men escaped.