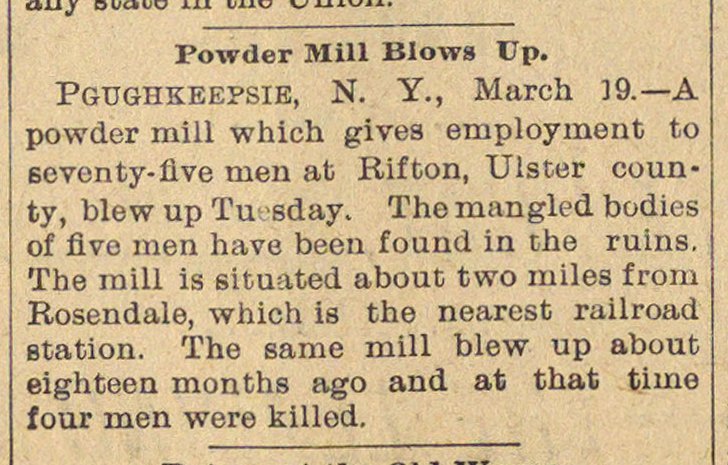 Pgdghkeepsib, N. Y., March 19.- A powder mili which gives employment to 6eventy-flve men at Rifton, Ulster county, blew up Tu -sday. Themangledbodies of fivo men have been found in che ruins. The mili is situated abouc two miles from Rosendale, which is the nearcst railroad station. The same mili blew up about eighteen months ago and at that time four men were killed.