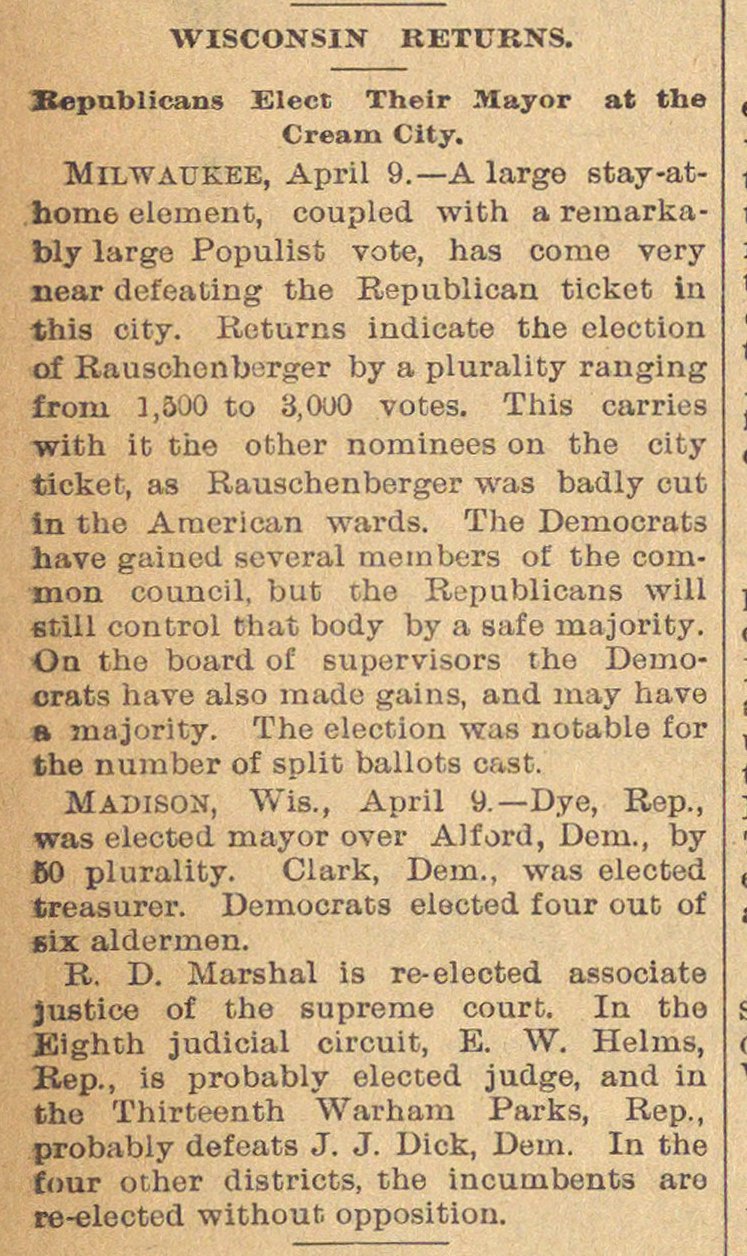 Milwaukee, April 9. - A largo stay-at. borne element, coupled with areraarkably large Populist vote, has come very near defeating the Republican ticket in this city. Returns indicate the eloction of Rauschenberger by a plurality ranging f rom 1,500 to 3,000 votes. This carries with it the other nominees on the city ticket, as Rauschenberger was badly cut in the American wards. The Democrats have gained several members of the common council, but the Rupublicans will till control that body by a safe majority. On the board of supervisors the Demoorats have also made gains, and may have s majority. The election was notable for the number of split ballota cast. Madison, Wis., April 9.- Dye, Rep., was elected mayor over Alford, Dom., by 80 plurality. Clark, Dem., was elected treasurer. Democrats eiected four out of gix aldermen. B. D. Marshal is re-elected associate justice of the supreme court. In tho Kighth judicial circuit, E. W. Helms, Bep., is probably elected judge, and in tho Thirteenth Warham Parks, Rep., probably defeats J. J. Dick, Dem. In the four other districts, the incumbents aro re-elected without opposition.